Author Gabriel García Márquez was born on this day. 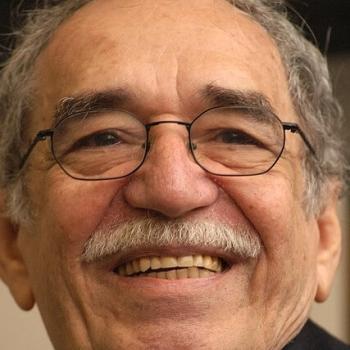 One of the most popular Latin American authors, Garcí­a Márquez was raised by his grandparents in a house in Colombia which was always overflowing with relatives and stories. His grandfather, a retired colonel, told him stories of the brutality of war, while his grandmother told him folk tales filled with ghosts and superstition. This mix may have contributed to the development of his style often called "magical realism," popularized in his novel, One Hundred Years of Solitude. Márquez passed away on April 17, 2014.

Before beginning a work by Garcí­a Márquez, introduce your students to some of the hallmarks of the literary style known as magical realism by exploring what it is not, through comparisons with familiar genres that also use unrealistic elements: fantasy, science fiction, and fairy tales.

This article from NPR talks about Márquez after his death and how he gave "A Voice To Latin America".

The Nobel Prize in Literature 1982

The Nobel Museum creates excellent websites for all of the laureates, and this one contains Garcí­a Márquez's acceptance speech and links to other resources.

24 Books That Shaped One of Humanity’s Greatest Writers