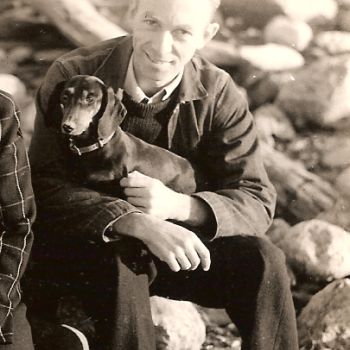 After spending many years writing for The New Yorker, E.B. White turned his hand to fiction when his first children's book, Stuart Little, was published in 1945. White's most famous children's book, Charlotte's Web, followed in 1952. Both went on to receive high acclaim and in 1970 jointly won the Laura Ingalls Wilder Medal, a major prize in the field of children's literature. That same year, White published his third children's novel, The Trumpet of the Swan. In 1973, that book received the William Allen White Award from Kansas and the Sequoyah Award from Oklahoma, both of which were awarded by students voting for their favorite book of the year.

In honor of White’s love for children’s books about animals, have a class discussion about the ways that animals are portrayed in different fictional novels (both those by White and others). Have students do one or more of the following activities to further examine farms and farm animals, such as those in Charlotte’s Web:

This site includes stories about E.B. White's life and Charlotte's Web, Stuart Little, The Elements of Style, and Trumpet of the Swan.

Read about E.B. White, author of the cherished children's classic Charlotte's Web, Stuart Little, and The Trumpet of the Swan.

Find out information about E.B. White, Charlotte’s Web, and take part in some “fun and games” related to the book and movie.

Grades
3 - 5
|
Lesson Plan
|
Standard Lesson
Charlotte is Wise, Patient, and Caring: Adjectives and Character Traits
Students find examples of adjectives in a shared reading. Then students "become" major characters in a book and describe themselves and other characters, using powerful adjectives.
Grades
3 - 5
|
Lesson Plan
Get the Reel Scoop: Comparing Books to Movies
Students compare a book to its film adaptation, and then perform readers theater of a scene from the book that they feel was not well represented in the movie version.
Grades
K - 2
|
Lesson Plan
|
Standard Lesson
Shhh! Bear's Sleeping: Learning About Nonfiction and Fiction Using Read-Alouds

Students explore the distinction between the fiction story Bear Snores On and the nonfiction book Every Autumn Comes the Bear.