The first Academy Awards ceremony was held in 1929. 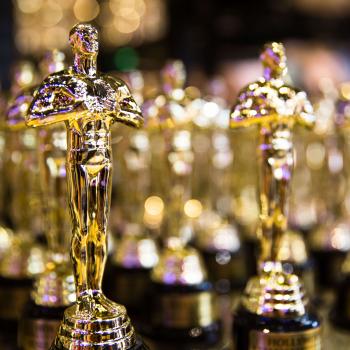 Since 1929, the Academy of Motion Picture Arts and Sciences, with over 6,000 members, has given awards for the best in film. The first ceremony, with 250 people in attendance, took place during a banquet held in the Hollywood Roosevelt Hotel. Tickets cost $10 and the entire ceremony is said to have taken less than an hour-a far cry from the four-hour, star-studded extravaganzas of today.

Students love to watch and talk about movies. With persuasion, they can even be convinced to write about movies. For younger and middle-grade students, you can ask them to make lists of their favorite and their least favorite movies. Looking over these lists, students can then brainstorm qualities that make a film good or bad. Examples might include acting, special effects, and humor. Ask them to rank these qualities from the most to least important and then to explain why the top three are the most important elements to look at in a film.

Next, have students apply these criteria to a film they have seen by writing a movie review that makes their critical stance clear. Older students can take this activity one step further by comparing their review to that of another critic. After reading through one or more reviews, students should write an answer to one of the critics, defending their own reviews and critical stance.

The official website of the Academy of Motion Picture Arts and Sciences, this site includes lists of the current year's nominees and winners. There is also information on previous years' ceremonies.

In 1998, the American Film Institute announced their list of the 100 greatest American movies of all time, and this updated version was created ten years later. This list can be compared to a list of past Oscar winners.

The British equivalent to the Oscar.com website, the BAFTA website includes information on categories, nominees, and winners.

This page from Lincoln City Libraries features a list of past winners of the Best Picture Oscar which are based upon novels, plays, and short stories.