Labor Day honors the labor movement in the United States. 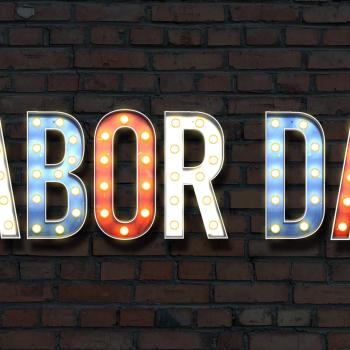 The first Labor Day was celebrated in New York City on September 5, 1882. It became an official federal holiday in 1894 and is now celebrated on the first Monday of September. Born out of the rise of unions as part of the American labor movement, the day is marked by parades, picnics, and other celebrations—and it marks the unofficial end of summer.

Students tend to know little more about Labor Day than it's a day off of work and school. Encourage them to learn more about the American labor movement by giving them time to research one of the figures from the list below. In paris or small groups, they can locate print and Web based resources about their lives and contributions to labor reform. Groups can use the Biocube Interactive to organize and share what they learn.

This page from the US Department of Labor explores the legislation behind Labor Day and the controversy over the identity of its originator.

The History Channel's section on Labor Day offers articles, videos, and speeches related to the holiday.

Here's Why We Celebrate Labor Day

This Time Magazine article offers an accessible introduction to the history and significance of Labor Day.

The History Channel's section on the Labor Movement offers an overview of key figures in labor reform.

Grades
6 - 8
|
Lesson Plan
|
Unit
Giving Voice to Child Laborers Through Monologues
Students present monologues in the "voice" of someone involved in child labor in England, respond to questions, and then discuss contemporary child laborers and compare them to the past.
Grades
6 - 8
|
Lesson Plan
|
Standard Lesson
Writing Free Verse in the "Voice" of Cesar Chavez
Poetry and politics combine in this lesson where students write a free verse poem in the voice of Cesar Chavez.
Grades
6 - 8
|
Lesson Plan
|
Standard Lesson
Sí, Se Puede: Making a Difference, One Letter at a Time
After reading the book ¡Si, Se Puede!/Yes, We Can!: Janitor Strike in L.A., students learn about labor unions, strikes, and organizing for change. Students interview staff members in their school to learn about their daily work life, and write persuasive advocacy letters.
Grades
9 - 12
|
Lesson Plan
|
Standard Lesson
Preparing a Character for a New Job: Character Analysis through Job Placement
Working as career counselors for a literary character, students find a job for the character, prepare a resume, and design questions and answers to prepare them for a job interview.
Grades
7 - 12
|
Calendar Activity
|
Historical Figure & Event
César Chávez was born on this day in 1927.
Students work in small groups to research a civil rights leader and do a creative writing piece, followed by a short story, with their group.