LeVar Burton, longtime host of Reading Rainbow, was born in 1957. 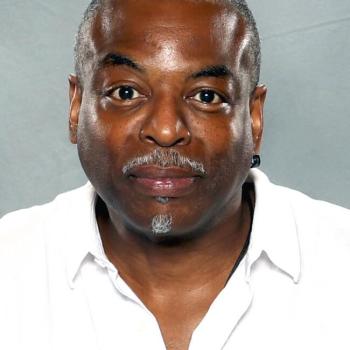 LeVar Burton was born in 1957 in West Germany, while his father was in the military. He hosted 155 episodes of Reading Rainbow since its premiere in 1983 until 2006. Burton's first television appearance, though, was as Kunta Kinte, in the miniseries Roots (1977), based on the novel by Alex Haley.

Burton also appeared as a member of the cast of Star Trek: The Next Generation television series; portrayed Martin Luther King, Jr., in the film Ali; and produced and hosted the documentary The Science of Peace.

For example, Ruth Heller's Chickens Aren't the Only Ones and Patricia Polacco's Rechenka's Eggs both explore the subject of animals that lay eggs. On the topic of dinosaurs, you'll find William Joyce's Dinosaur Bob and His Adventures with the Family Lazardo and Aliki's Digging up Dinosaurs. After reading both books, your students can compare the selections using the interactive Venn Diagram.

Have students work individually or in small groups to write a poem, song, article, journal entry, or comic strip about the same topic. When all the pieces are completed, compile them in a book or create a bulletin board display.

The home of Reading Rainbow, with the mission to instill the love of reading & learning in children.

PBS offers a variety of resources for parents to promote literacy in young children. Resources are offered in both Spanish and English.

LeVar Burton to Educators: ‘I See You’

LeVar Burton on Literacy as the Key to Freedom

An interview on literacy with LeVar Burton

Students use the Semantic Impressions and Possible Sentences strategies to write about Patricia Polacco's books Chicken Sunday and Rechenka's Egg, complete a character study, and write using a WebQuest.

Grades
3 - 5
|
Lesson Plan
|
Recurring Lesson
Daily Book Boosts
Book Boostsone-minute raves at the end of independent reading timeare easy ways to suggest new titles to students, and they act as a way for students to have something to think about as they read.
Grades
K - 2
|
Lesson Plan
|
Standard Lesson
The Day Jimmy's Boa Taught Cause and Effect
This lesson introduces the concept of cause and effect with Trinka Hakes Noble's books about Jimmy and his boa constrictor.