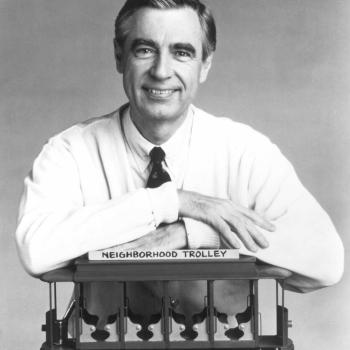 Ask students to think of movies, TV shows, and books they remember from their childhood. Encourage them to identify those from when they were very young. Ask students to choose an item from the list that they have not seen or read in a long time and to describe everything they remember-the plot, characters, and other elements as well as their associated feelings.

Next, ask students to revisit the item or to ask an adult about it. Students can respond by writing what they think about the text now that they are older: Do they still like it? What details did they remember? What did they NOT remember about it? Finally, ask students to explain whether they would share it with a child of their own or a younger sibling.

This is the official PBS website for Mister Rogers' Neighborhood. It includes many activities designed to stimulate the imagination.

NPR maintains this collection of articles about and interviews with Fred Rogers. It includes a special broadcast of his 30th anniversary show.

The Fred Rogers Company provides this page devoted to Rogers. Featured on the site are a biography, images, and a timeline of Rogers' life.

This site features lyrics and samples of the songs from the Grammy-winning Songs from the Neighborhood, a compilation of songs written by Fred Rogers and performed by 12 popular vocalists.

The beloved TV host on love, peace, and why you're special.