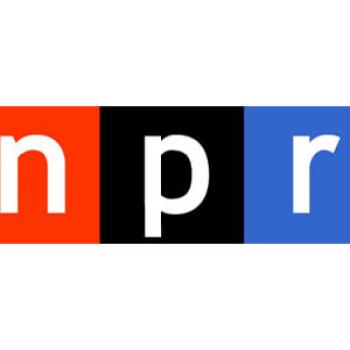 In 1971, National Public Radio (NPR) began the first commercial-free, live radio broadcasts. Financed by the Corporation for Public Broadcasting and listener contributions, NPR offers news, music, and other programs free to the public through more than 860 public radio stations. More than 26 million listeners tune in to over 130 hours of original NPR programming each week, including programs produced by local stations and other radio networks.

National Public Radio's commercial-free programming is largely financed by listener contributions. By not relying on advertising revenues, NPR and other public radio stations are able to produce programs that differ from those of commercial radio stations.

List some of the programs offered by a local NPR station (e.g., Fresh Air, All Things Considered, Morning Edition, or Living on Earth). Ask students to make some predictions about the content of each program based upon the program's title. Divide students into groups and instruct each group to listen to one of these programs once or more during the course of a week and report on its contents to the class. Discussions that might follow such reporting could include questions such as:

On the NPR website, students can listen to archived broadcasts of NPR programs. There are links to NPR programming such as Car Talk and Latino USA, as well as an audio search feature that enables listeners to search for a story that they have heard on the radio.

This collaboration between NPR and the National Geographic Society produces and broadcasts stories on the natural world and threatened environments, diverse cultures, adventure, and exploration and discovery.

This companion website to NPR's Radio Diaries includes archived audio files and transcripts. The site features information on how students can create their own radio diaries.

This page from the NPR site offers stories about education topics from a variety of NPR shows.

After exploring Orson Welles' 1938 broadcast of H. G. Wells' War of the Worlds, students create their own audio dramatization of a text they have read.