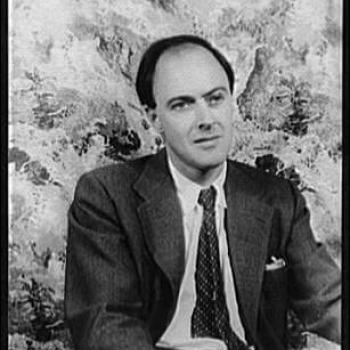 Roald Dahl was born in Wales on September 13th, 1916. His first book for children, The Gremlins, was written in 1943. Following this, Dahl went on to write several of the most popular children's stories of the 20th century, including Charlie and the Chocolate Factory, Matilda, and James and the Giant Peach. Several of Dahl's stories, including these, have been made into motion pictures. He died in 1990.

Then have students create original picture book versions of the story. Afterwards, have students share their books and then add them to the classroom library.

This site offers news, contests, quizzes, activity ideas, and more to help readers around the world celebrate Roald Dahl Day on his birthday.

Grades
6 - 8
|
Lesson Plan
|
Standard Lesson
You Know the Movie is Coming—Now What?
In this lesson, students read a literary text with the eye of a director, selecting scenes from the text and putting a cinematic spin on them.
Grades
3 - 5
|
Lesson Plan
Get the Reel Scoop: Comparing Books to Movies
Students compare a book to its film adaptation, and then perform readers theater of a scene from the book that they feel was not well represented in the movie version.
Grades
3 - 10
|
Lesson Plan
|
Standard Lesson
A Case for Reading - Examining Challenged and Banned Books
Students examine books, selected from the American Library Association Challenged/Banned Books list, and write persuasive pieces expressing their views about what should be done with the books at their school.