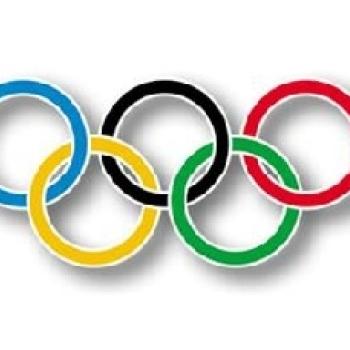 The Summer Olympic Games, held every four years, are the largest sporting celebration in terms of the number of sports, the number of athletes present and the number of people from different nations gathered together at the same time in the same place. According to The Olympic Museum, the purpose of the Games is to create a “better world through sport practiced in a spirit of peace, excellence, friendship and respect.” In celebration of the world event students participate in a variety of activities centered on the 2020/21 Tokyo Games.

Write about the Olympic Games!

Get creative with the Olympic Games!

Think critically about the Olympic Games!

Have fun with the Olympic Games!

This document gives and brief description, history, and meaning of the Olympic symbols.

This official website for the 2020 Summer Olympics contains information, schedules, news, photos, and video for the Summer Games.

This website provides a rich history of the Olympic games.

This document written by the Olympic Museum gives and brief description, history, and evolution of the Modern Olympic Games.

What does peace mean to you? In this lesson, students attempt to answer this question as they write and perform a short skit that reflects their ideas of peace.