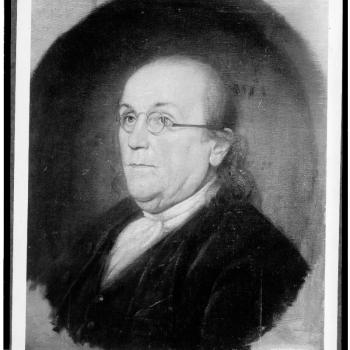 Statesman Benjamin Franklin was born on January 17, 1706, and is well known as one of the leading founders and important early political figures of the United States. Franklin is also known for his writings and achievements in a wide variety of areas-including his famous experiments with electricity. Among his many accomplishments, from 1775 to 1776, Franklin served as Postmaster General under the Continental Congress.

Benjamin Franklin: In His Own Words

This online exhibit from the Library of Congress examines Franklin through a wealth of primary sources.

This Smithsonian Institute website offers information on U.S. postal history and stamp collecting. Included is information on the Pony Express, Airmail, Mail Call during times of war, and details on the role of Benjamin Franklin in the establishment of the U.S. Post Office.

This child-friendly site provides readable information about Franklin's work as a printer, librarian, inventor, and statesman. A cartoon Ben then serves as host, explaining a variety of topics related to the U.S. government.

Grades
K - 2
|
Lesson Plan
|
Standard Lesson
Mail Time! An Integrated Postcard and Geography Study
Children write and receive postcards from friends and family, and then chart where all those postcards come from on a classroom map.
Grades
6 - 8
|
Lesson Plan
|
Standard Lesson
E-pals Around the World
With e-pals, students develop real-life writing and social experiences, learn the format of a friendly letter and parts of an e-mail message, and discover other cultures, languages, and geographic areas.
Grades
9 - 12
|
Lesson Plan
|
Standard Lesson
Exploring Literature through Letter-Writing Groups
Students discuss literature through a series of letter exchanges, as a one-time assignment or throughout the year with the students discussing, and making connections among, a number of literary works.
Grades
3 - 5
|
Lesson Plan
|
Unit
Storytelling in the Social Studies Classroom
People make the past come alive as students research and then share stories about famous Americans who promoted democratic ideals.
Grades
2 - 5
|
Lesson Plan
|
Unit
History Comes Alive: Developing Fluency and Comprehension Using Social Studies
Let the power of imagination and inference serve as a "time machine" to bring Benjamin Franklin into the classroom! History and science come to life in a dialogue with Franklin the inventor, developed through lesson activities that incorporate research, imagination, writing, visual arts, and drama.
Grades
3 - 5
|
Lesson Plan
|
Standard Lesson
Who's Got Mail? Using Literature to Promote Authentic Letter Writing
Students discuss and chart letter elements and write their own letters to adults at school, reinforcing letter-writing skills beyond the classroom lesson.
Grades
3 - 8
|
Calendar Activity
|
Historical Figure & Event
Poor Richard's Almanack was first published in 1733.
Students explore some of the proverbs taken from Poor Richard's Almanack, give their impressions or someone who would write these statements, and choose one saying to paraphrase.
Grades
K - 12
|
Student Interactive
|
Writing & Publishing Prose
Letter Generator

The Postcard Creator helps students learn to identify all the typical parts of a postcard, and then generate their own postcard messages by typing information into letter templates. After printing their texts, students can illustrate the front of their postcards in a variety of ways, including drawing, collage, and stickers.