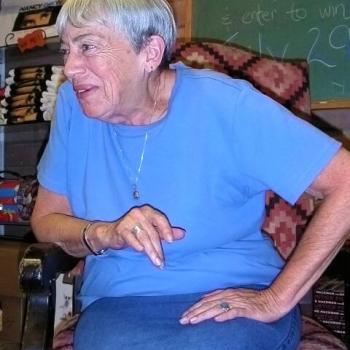 Ursula K. Le Guin is the noted author of fantasy and science fiction novels for young adult readers. Her Earthsea Cycle, first published in the 1970s, remains a favorite series for fans of fantasy fiction. Le Guin passed away in 2018.

The task of a fantasy writer is, first and foremost, to create some semblance of believability in the world in which the story is set. Since many students will be familiar with some fantasy worlds (e.g., Hogwarts School from the Harry Potter series, Middle Earth from The Hobbit), have them construct a two-column chart. In the first column, ask students to list the realistic elements of a familiar fantasy story of their choice. In the second column, students should indicate the "fantastic" aspects of each realistic element. For example, in Harry Potter, there are rules for appropriate behavior, which is a realistic element. The rules themselves, however, such as not performing magic in front of Muggles, show the addition of the fantastic element.

This site dedicated to Le Guin provides information about her books, her life, and her writing.

This article from The ALAN Review provides an overview of Le Guin's Earthsea novels.

Who Was Ursula K. Le Guin?

Who was the person behind the massive library of books? How was she able to create worlds that were so incredibly fantastical but also so realistic and believable?

Grades
3 - 5
|
Lesson Plan
|
Recurring Lesson
Genre Study: A Collaborative Approach
Students explore multiple genres through genre studies. They record evidence of genre characteristics on bookmarks as they read, and finish by giving a book review for their classmates.
Grades
6 - 8
|
Lesson Plan
|
Standard Lesson
Finding the Science Behind Science Fiction through Paired Readings
Students read science fiction texts and then use nonfiction texts to extrapolate the scientific principles presented as they discuss the "what ifs" within the context of scientific principles.