Where the Sidewalk Ends by Shel Silverstein was published in 1974. 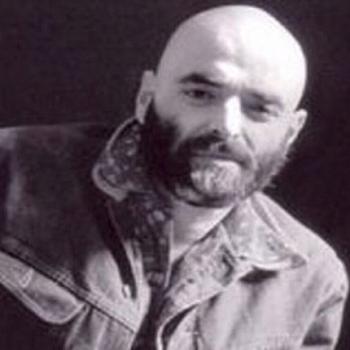 Children's favorite Where the Sidewalk Ends by Shel Silverstein was published on this day in 1974. While Silverstein's rhymes may have been simple and catchy, his complex and thoughtful themes stick with his readers long after childhood. Silverstein was also a songwriter of such hits as "A Boy Named Sue" and "The Cover of The Rolling Stone."

Everyone remembers Shel Silverstein. Ask seniors in high school who their favorite poet is and half will give his name. This activity can begin for middle and high school students by asking them what they remember about Silverstein. For lower grade levels, introduce them to a short verse of his poetry like the one below, and ask them for their general impressions: If you had a giraffe . . . and he stretched another half . . . you would have a giraffe and a half . . . One quality of Silverstein's work is that even though it is often fantastical, it tends to be quite visual. Ask students to draw what they imagine when they read such lines as "If you're a pretender, come sit by my fire" or "Some whatifs crawled inside my ear."

After students have presented their drawings, ask them to write a line or two of their own that continues the passage and matches the flow and style of Silverstein's work. Then have students paraphrase the author's purpose in writing the poem. This is where they will find that though the words of a Silverstein poem are easy enough, the ideas are often difficult to communicate.

This entry from the Academy of American Poets includes a biography, bibliography, and samples of Silverstein's poetry.

This site includes resources related to Silverstein's poetry for parents and teachers, as well as an area "For Kids Only!"

This site includes an easy-to-read biography of the author and analysis of his work.

HarperCollins, publisher of Silverstein's books, offers a guide to using Silverstein's poetry in the classroom. The guide includes printable sheets for students.

Students will enjoy this blast from the past as they read the works of Dr. Seuss and Shel Silverstein to analyze the way social issues are addressed in selected works.

Grades
3 - 5
|
Lesson Plan
|
Standard Lesson
Poetry: A Feast to Form Fluent Readers
Students improve their reading fluency by selecting a poem online to perform in class.
Grades
1 - 2
|
Lesson Plan
|
Standard Lesson
Choosing One Word: Summarizing Shel Silverstein's "Sick"
Students select what they believe to be the most important word in a text that they have read and justify their choice using examples from the text.