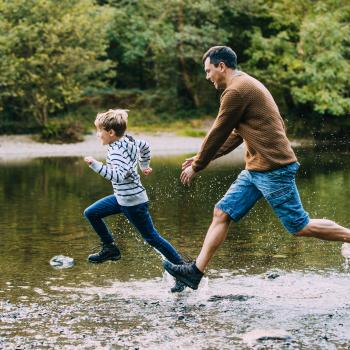 By "becoming" a character in a novel they have read and making lists from that character's perspective, students analyze the character while also enriching their vocabulary. Students gain a deeper understanding of a character by creating charts linking the character's actions with the character's traits. They explore adjectives through a variety of resources. They then use their analysis of the character and their knowledge of adjectives to create descriptive lists of their own three other characters from the novel. The worksheet instructions in the lesson use Harry Potter and the Sorcerer's Stone as an example, but this activity is effective with any work of literature in which characterization is important.

Identifying Character Traits: Use this student reproducible as an overview of character traits and an introduction to charting the relationship between characters' actions and their traits.

Become a Character Assignment: This student reproducible gives complete instructions for an activity in which students describe a character they have chosen to "become," as well as three other characters.

Character analysis represents one of the most common assignments given in literature classes. A successful character analysis demands that students infer abstract traits and values from literal details contained in a text. This lesson plan not only asks students to infer those traits but also to show that knowledge by applying the traits as they create their own list from the character's perspective. By adopting the traits of a main character, students must "show" their understanding of that character's main characteristics, rather than simply "telling" with a list of traits.

Additionally, the lesson plan provides an opportunity for students to explore the supporting reasons for the traits they have chosen, especially in the context of commonalities among the lists compiled by the class. Even when students can confidently formulate appropriate traits, they often find it hard to connect specific details to their inferences. This process of creating lists and then discussing them as a class gives students practice in connecting detail to inference.

This lesson plan could also be used as a semester review. Each group could focus on characters from different readings. In addition to identifying the characters, students would identify the work that the characters are in.

Informal assessment works best for this activity. As students work on their list, circulate among pairs, observing students' use of reference books and their lists of adjectives. Provide support and feedback as you move from group to group.

The ultimate assessment for this activity will be students' reaction to the lists written by their peers and their ability to provide support for the traits on the list. As students go over the lists as a group, reinforce good choice of traits, noting both students' word choice and the connection between trait and character.