Playlist for Holden: Character Analysis With Music and Lyrics 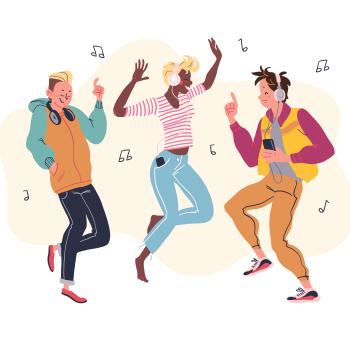 Compiling a playlist for a friend or a special occasion is a familiar activity for most students. This minilesson invites students to think of a literary character as a peer, creating an authentic connection between literature and life. While the lesson uses The Catcher in the Rye as an example, the activities could be centered on the primary character of any novel. Students choose a perspective on the character (from options suggested by the teacher) and work in small groups to identify scenes in the novel that reflect their view. They then select songs appropriate for the character and write a rationale for each song chosen, including supporting evidence from the text. When students present their completed playlists in class, their classmates inevitably make observations that increase everyone's insights into the character and the novel.

Note: The LitTunes website links classical literature and poetry with popular songs. It is listed here as a source of ideas and inspiration for teachers, rather than as a resource for students. Although the site makes some very nice correlations, “classic rock” is overrepresented in comparison with other musical genres. Also, be forewarned that many of the links to YouTube videos may be dead.