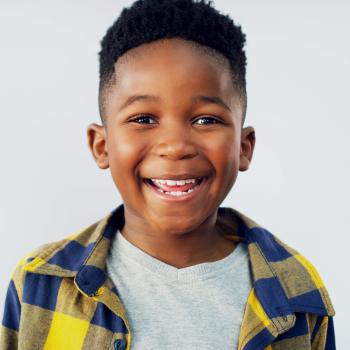 In this introductory critical literacy lesson, students will consider the perspectives of central but silent characters in the picture book Stevie, by John Steptoe. They will look at the story from these characters' points of view and give voice to their thoughts and feelings, thereby gaining much deeper understandings of the story and realizing that every story truly gives just a partial account of what happened.

Critical literacy involves challenging a text by considering problem-posing questions such as: What’s missing from this account? How could it be told differently? Comber (2001) explains: “Critical literacy is not a set of finite practices.” She asserts that teachers “have to assist young people in assembling a set of discursive tactics and strategies” (p. 2). The NCTE Position Statement on Reading (1999) states: “As readers, we talk to others about what we are reading. These interactions expand and strengthen our comprehension and interpretation. In these interactions, we learn to read critically, to question what we read, and to respond in a certain way.” Further, through problem-posing questions, students learn to “uncover underlying assumptions and motives that otherwise operate invisibly.” This minilesson describes one practical way to introduce young people to discursive tactics and strategies that will expand and strengthen their comprehension and interpretation of texts.

This site offers downloadable speech bubbles. In general, the bubble project is a fun site as a teacher resource (warning: it uses some explicit language, so do not share this site with students). It shows examples of using speech bubbles to disrupt the pervasiveness of ads by corporations in public spaces. An excellent example of using this approach with elementary school children is:

In the example of a response by first grader Olivia provided (Example 2), she uses language that fits exactly with the way each of the characters might think and talk. For Robert, she writes: “Who are these people and who is that stupid little boy?” She uses the word mother for Stevie’s thoughts – “I’m scared, Mother. How come I have to stay with these people?” – because Robert tells us at the end of the story: “I think he liked my momma better than his own, cause he used to call his mother ‘Mother’ and he called my momma ‘Mommy.’” Thus, it’s fair to say that Olivia has strongly appropriated the multiple perspectives of the central characters in Stevie.

The Postcard Creator helps students learn to identify all the typical parts of a postcard, and then generate their own postcard messages by typing information into letter templates. After printing their texts, students can illustrate the front of their postcards in a variety of ways, including drawing, collage, and stickers.