Id, Ego, and Superego in Dr. Seuss's The Cat in the Hat 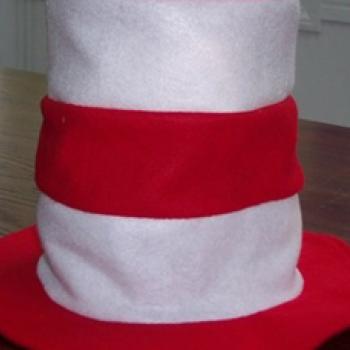 In this lesson, The Cat in the Hat is used as a primer to teach students how to analyze a literary work using the literary tools of plot, theme, characterization, and psychoanalytical criticism. In the first session, students use a plot handout to identify the elements of plot and theme for The Cat in the Hat. Session Two introduces psychoanalytic criticism as students classify the characters from the story, using the Id, Ego, and Superego. Students then develop an argument stating the psychological personality for each character. They gather evidence supporting their arguments by identifying examples of indirect characterization in the text. Finally, students refine their analysis and develop an analytical essay.

An Introduction to Psychoanalytic Criticism: This handout explains Freud's structural model of personality and how it is used by literary analysis of character.

As Diana Mitchell explains, "Any literary element can best be taught by beginning with children's books. The purpose, of course, in teaching about these elements is so students can use them as another way to get into the literature and talk about it" (94). Following that advice, this lesson taps Dr. Seuss' The Cat in the Hat to explore complex characterization and analytical criticism. Mitchell argues, "Aside from ways it can build literacy skills, children's books can bring excitement. They are fun to use, and students will read them eagerly (94). As a result, The Cat in the Hat makes an excellent introduction to analytical processes that students can apply later to anything they read.

The Cat in the Hat by Dr. Seuss (Random House Books for Young Readers, 1957)

Session One: Read Aloud and Identifying Plot and Theme

Session Two: Identifying the Id, Ego and Superego in a Literary Character