Skip to main content
We have launched the new ReadWriteThink.org and we would love to get your feedback: Give Feedback
Give Feedback
"Roused by the Change of Scene": Analyzing a Film Adaptation of <i>Jane Eyre</i>
Lesson Plan
Research Building Blocks: "Organize This!"
Lesson Plan
Writing Poetry with Rebus and Rhyme
Lesson Plan
Conflict Map
Printout
QARs + Tables = Successful Comprehension of Math Word Problems
Lesson Plan

Using Microblogging and Social Networking to Explore Characterization and Style 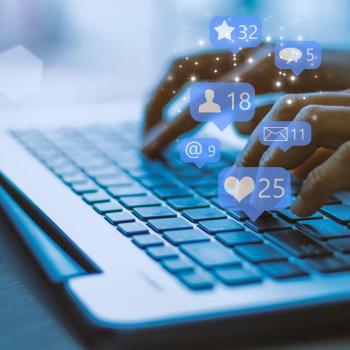 Students use microblogging and social networking sites to trace the development of characters and examine writing style while reading a novel of manners such as Jane Austen's Emma.  By assuming the persona of a literary character on the class Ning and sending a set number of tweets (or status updates), students explore changes undertaken by dynamic characters, the effect of plot developments on individual characters, and the nuanced social interactions among characters in Emma.  They also discover elements of authorial writing style through imitation and transposition.  This lesson can be scaled from an individual class session (microblogging only) to an ongoing companion to a novel.  Though this lesson references Emma, the learning activities could be easily adapted to work with any novel of manners.

In the "Learning with Technology" section of English Journal (May 2003), Greg Weiler suggests that "[i]n some cases technology itself [such as blogs, wikis, and social networking tools] can be a motivating factor, allowing students to experience writing in a way that may be different from how they view traditional writing in school" (74). He goes on to note that "[m]any students are familiar with technologies such as Internet chat, e-mail, and bulletin boards. To these students, blogs [and other digital publishing technologies] present an entirely familiar interface, so that the technology becomes "'transparent' and writing is the focus; and new discussions can easily branch out from established topics" (74).

This lesson capitalizes on students' familiarity with social networking software in order to explore character development and experiment with writing style.  Additionally, the networked nature of the software allows students to easily publish their writing to be read by and quickly responded to by other students and extends the possibility for interaction beyond the classroom.

This session should take place after students have read at least through chapter 8 of Emma and will work best in a computer lab (or in the classroom with laptops) but could be completed in a classroom with a computer hooked up to a projection system.

Note: If your school has a firewall that blocks student access to Twitter, Ning (the network you will be using for the second part of the lesson) has a status update feature that is similar to Twitter, though not as easy to access.  In order to use a Ning as an alternative to Twitter, you will need to create your class Ning and then have students create their profiles and join your Ning.  Once they have created their account on the Ning, they will need to add the application "Status."  This will allow them to post 140 character status updates that are similar to tweets or Facebook status messages.  Ning does not offer an interface, as Twitter does, that aggregates the status message of friends, but students will be able to view their friends' updates by visiting their profiles.