Webcams in the Classroom: Animal Inquiry and Observation 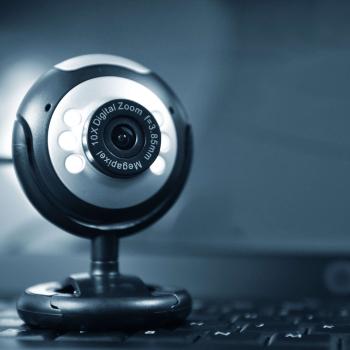 Can't make it to a zoo? Observe animal habits and habitats using one of the many webcams broadcasting from zoos and aquariums around the United States and the world in this inquiry-based activity that focuses on observation logs, class discussion, questioning, and research. Students begin by viewing an animal webcam, making observations, and describing what they see in a notebook or log. This process is first modeled by the teacher to prepare students for recording their own observations. Thereafter, students make observations on a predetermined schedule and share them with the class. After a class discussion, students then resolve questions that are raised about what they've observed by consulting a variety of sources. While this lesson is written with a focus on webcams, students could easily complete similar activities by observing a classroom pet, animals at home or the zoo, or a birdfeeder or squirrel feeder outside the classroom window.

Interactive Animal Observation Chart: Students use this online tool to record information about animals they are observing. Students can print their work when they've finished.

Inquiry at the Window: The Year of the Birds (Whitin)

As David and Phyllis Whitin (1996) explain in their "Inquiry at the Window: The Year of the Birds," inviting students to observe, comment on, and question the things that they see in the world around them leads to "significant inquiry learning." Their article outlines four ways that a fourth-grade classroom's observation and experimentation based on birds that visited a birdfeeder outside their classroom window lead to learning. They discovered with their students that inquiry:

Based on the observation of webcams (rather than a birdfeeder outside the classroom), this lesson plan engages students in similar inquiry learning which can result in a year-long study of a particular animal, comparisons of observations of several animals, or application of the inquiry process to other activities in the classroom.

Students' engagement in these inquiry-based observations will be documented in their observation journal entries, class discussion, and their engagement in additional research in books and other nonfiction resources. A basic checklist of questions can focus assessment of the activity:

Grades
K - 6
|
Calendar Activity
|
Historical Figure & Event
On this day in 1910, animal rights activist Joy Adamson was born.
A KWL chart is used to organize information about lions. Persuasive letters are written lobbying for programs and resources to protect these animals.
Grades
1 - 6
|
Calendar Activity
|
Historical Figure & Event
The first U.S. zoo opened in Philadelphia in 1874.
Students consider how zoos have changed over the past century and design their own zoo of the future using drawings, posters, dioramas, or other displays.
Grades
K - 8
|
Professional Library
|
Journal
Inquiry at the Window: The Year of the Birds
This science inquiry in a fourth-grade classroom affirms the importance of observation, questioning, reading, and writing to the inquiry process.