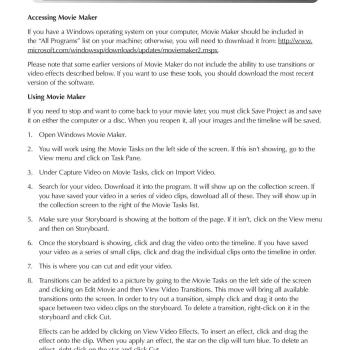 Window Movie Maker is an easy-to-use program found on many computers. With just a little help, children can start stringing together an original video. It's an increasingly important skill to have as the world communicates more and more through video.

The CD/DVD Cover Creator allows users to type and illustrate CD and DVD covers and related booklets for liner notes and other information. Students can use the tool to create covers for books, music, and films that they explored as well as to create covers for media they compose individually or as a class.

Grades
6 - 8
|
Lesson Plan
|
Unit
3-2-1 Vocabulary: Learning Filmmaking Vocabulary by Making Films
Bring the vocabulary of film to life through the processes of filmmaking. Students learn terminology and techniques simultaneously as they plan, film, and edit a short video.