The Barbie doll was unveiled in 1959. 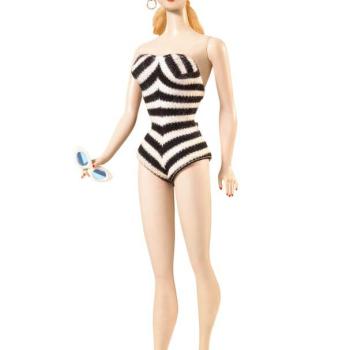 When Barbie was released in 1959, she immediately stepped into controversy. The idea of a doll with an adult woman's features was brand-new. The market, though, was eager for a doll with lots of clothes, including bridal gowns and swimsuits. But by the 1970s, people began wondering why she did not have a business suit or a doctor's scrubs, and in more recent years, whether the body image she presents is healthy to young girls' self-esteem. Sales continue to grow, and so does the debate.

While Barbie's collection of accessories has changed over the years, her figure has remained relatively unchanged-despite questions about its effect on the self-esteem of the children who play with the doll. Take this opportunity to explore body image and advertising:

This History Channel article provides information about the origin and evolution of this famous doll.

PBS offers information about the inventor of Barbie.

BBC News shares Barbie's measurements and shows how a woman would look with Barbie's proportions.

Poets.org offers this poem by Denise Duhamel that compares Barbie to Buddha. Students will enjoy the sarcastic tone of this piece.