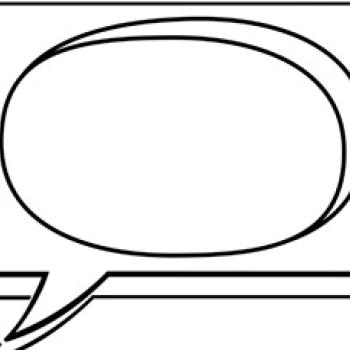 Stereotyped images create false ideals that real people can't hope to live up to, foster low self-esteem for those who don't fit in, and restrict people's ideas of what they're capable of. In this lesson, students explore representations of race, class, ethnicity, and gender by analyzing comics over a two-week period and then re-envisioning them with a "comic character makeover." This activity leads to greater awareness of stereotypes in the media and urges students to form more realistic visions of these images as they perform their makeovers.

Our students are surrounded by texts, print and nonprint, that take advantage of the increasing options for combining words, images, sounds, and other media to create a publication. As these options increase, the capabilities that students must develop to be knowledgeable members of their literacy communities also increase. As the 1975 NCTE Resolution on Promoting Media Literacy states, "new critical abilities 'in reading, listening, viewing, and thinking' . . . enable students to deal constructively with complex new modes of delivering information, new multisensory tactics for persuasion, and new technology-based art forms."

Perhaps one of the simpler forms of media to explore in the classroom is the cartoon or comic strip. As Rocco Versaci explains, however, cartoons can be quite valuable in the classroom, for "placing a comic book-the basic form of which [students] no doubt recognize-into the context of the classroom . . . can catch students off guard in a positive way, and this disorientation . . . [can lead] students to become more engaged by a given work" (62).

How Comic Books Can Change the Way Our Students See Literature: One Teacher's Perspective (Versaci)

Daily copies of newspaper comics for a two-week period, or access to comics online (see Websites section for examples)

Cartoon Analysis Worksheet from the US National Archives and Records Administra…

Please check that comics are appropriate for your students before using this site.

Note that this site does have ads. Please check that comics are appropriate for your students before using this site.

[Note: These next two sessions take place after two-week analysis of the comic strips is completed. Depending upon the timeline you've chosen for the project, you may allow additional time for students to work in class prior to this session, where they use the Comic Creator to rewrite their comic strips.]

For formal assessment, use the Comic Character Makeover Rubric which is tied to both the analysis of the existing comics and the revision of that comic strip.

Additionally, you can ask students to freewrite on the following reflective question: As you examined and revised your comic strip, what did you realize that you didn't notice before about your particular comic strips or comics and cartoons in general?

Informal feedback from students who read the revised comics and discussion of various stereotypes are also valid outcomes. Provide support for the recognitions about misrepresentation in the media that students make during this project.

Grades
7 - 12
|
Calendar Activity
|
Historical Figure & Event
President Barack Obama was born today in 1961.
Students are introduced to a passage by President Barack Obama in his book Dreams from My Father and are encouraged to engage in an examination of the ways they are portrayed by the media.
Grades
3 - 8
|
Calendar Activity
|
Historical Figure & Event
Mickey Mouse appeared in his first animated feature.

Students create a short, humorous story with at least one action character, and then use online tools to make a flipbook.

Grades
7 - 12
|
Calendar Activity
|
Historical Figure & Event
The Barbie doll was unveiled in 1959.
Students explore body image and advertising through an activity where they bring in pictures from magazines that they read and discuss gender representations in the media.
Grades
5 - 12
|
Calendar Activity
|
Historical Figure & Event
Walt Disney was born in 1901.
Students describe female characters in Disney films, discuss their characteristics, and write a thesis statement about them.
Grades
3 - 12
|
Professional Library
|
Position Statement
Resolution on Promoting Media Literacy

This resolution discusses that understanding the new media and using them constructively and creatively actually requires developing a new form of literacy and new critical abilities "in reading, listening, viewing, and thinking."

In this article, Versaci details the many merits of using comics and graphic novels in the classroom, suggests how they can be integrated into historical and social issues units, and recommends several titles.

The Comic Creator invites students to compose their own comic strips for a variety of contexts (prewriting, pre- and postreading activities, response to literature, and so on).