Elizabeth Blackwell became the first woman in the US to earn a MD degree in 1849. 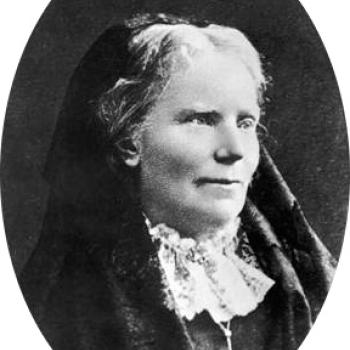 Elizabeth Blackwell was not only the first woman in the United States to graduate from medical school, earning an MD degree, she also graduated first in her class. Blackwell served as a doctor for the Union Army during the Civil War. After the war, she founded the Women's Medical College in New York with her sister Emily Blackwell, who had also become a doctor. Elizabeth Blackwell died May 31, 1910.

Elizabeth Blackwell applied to 16 colleges before she was admitted to the Medical Institution of Geneva College, in New York. When she died in 1910, more than 7,000 women had earned medical degrees, and all of them had Dr. Blackwell to thank for going first and working as an advocate for women in the medical profession.

With your class, explore other famous firsts. Begin by brainstorming a list of people who have done something "first" (i.e., the first person on the moon, the first woman to run for national elected office, the first Latino to win the Nobel Prize). To start your list, check out this month's entries on Amelia Earhart and Jackie Robinson. Once you've collected a list of firsts, divide your class into small groups to conduct some research into the lives of one of these people. Have each group design a multimedia presentation to report their research results to the rest of the class.

This site, from Social Studies for Kids, includes a biography of Blackwell and information on her family's work to end slavery and to support women's suffrage.

Explore the contributions of the physicians who have followed in Dr. Blackwell's footsteps on this National Institutes of Health site, which includes interactives, book lists, and lesson plans.

The Library of Congress provides the text of a letter Blackwell wrote in 1851 discussing the importance of women's rights.

Grades
3 - 8
|
Calendar Activity
|
Historical Figure & Event
The first woman swam the English Channel in 1926.
Students brainstorm a list of famous athletic competitors and establish criteria for what makes an athlete "famous." Students then forecast which of today's athletes will still be remembered in 75 to 100 years.
Grades
5 - 12
|
Calendar Activity
|
Historical Figure & Event
Dr. Jonas Salk, who developed the polio vaccine, was born in 1914.
After learning about Dr. Salk, students interview a family member or someone they know who remembers the polio epidemic.