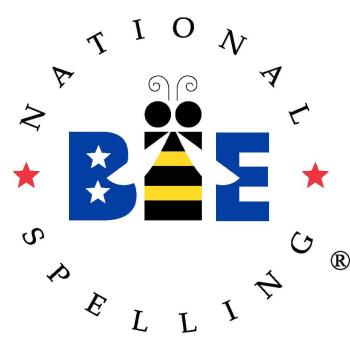 Nine contestants participated in the first National Spelling Bee, sponsored by the Louisville, Kentucky, Courier-Journal in 1925. Now, over 250 student champions, ranging from 9- to 15-years-old, travel to Washington, D.C., to compete in the National Spelling Bee. The competition takes place during May each year. The National Champion receives $28,000 in cash and savings bonds as well as reference resources for his or her home library.

The National Spelling Bee competition has been broadcast nationally on ESPN and during primetime on ABC. In his article "All I Need to Know about Teaching I Learned from TV and Movies," Kenneth Lindbloom compares the competition to shows like Jeopardy. Lindbloom explains, "One might speculate that these events garner interest because they are contests with one winner and many losers. But more difficult contests-Westinghouse science winners, for example, or creative-writing contest winners-don't get the kind of publicity memorizers of trivia get." Ask your students to consider this with the following questions:

This Scholastic website features essays that contain strategies aimed at integrating spelling into the reading and writing curriculum and helping students to improve their spelling skills.

ReadWriteThink's Word Wizard interactive allows students to spell words based on four favorite children's books. Students can read and listen to clues and click the hint button if they're stuck.

Grades
K - 2
|
Lesson Plan
|
Standard Lesson
Dr. Seuss's Sound Words: Playing with Phonics and Spelling
Boom! Br-r-ring! Cluck! Moo!Everywhere you turn, you find exciting sounds. Students use these sounds to write their own poems based on Dr. Seuss's Mr. Brown Can MOO! Can You?
Grades
6 - 8
|
Lesson Plan
|
Recurring Lesson
Shared Spelling Strategies
Students increase their spelling accuracy and retention, while preserving fluency, by using sound, sight recall, and analyzing strategies instead of memorizing words, as they deal with spelling during drafting.
Grades
K - 5
|
Lesson Plan
|
Standard Lesson
Spelling Cheerleading: Integrating Movement and Spelling Generalizations
"2-4-6-8, students will be spelling great" in this lesson that teaches the y rule for adding suffixes through cheering the spelling of words aloud, word sorts, and writing stories.
Grades
4 - 8
|
Lesson Plan
|
Standard Lesson
Spelling Patterns "Go Fish" Card Game
Students use sets of words that share a spelling pattern to create a card game like "Go Fish" and then play the game in groups, helping them improve their spelling.
Grades
3 - 5
|
Lesson Plan
|
Recurring Lesson
Sort, Hunt, Write: A Weekly Spelling Program
It's easy to make spelling fun. Using a variety of activities from sorting to using words in context will help deepen students' understanding of word patterns.
Grades
3 - 5
|
Lesson Plan
|
Standard Lesson
The Two Voices of the ow Spelling Pattern
Variable vowels are the focus of this lesson; students use nursery rhymes and ow to study how vowels can change their sounds according to different spelling patterns.
Grades
6 - 8
|
Lesson Plan
|
Standard Lesson
Improve Comprehension: A Word Game Using Root Words and Affixes
Students study common root words and affixes, improve their comprehension and spelling, and make a card game in which they form words with a prefix, root word, and suffix.
Grades
6 - 8
|
Lesson Plan
|
Standard Lesson
You Can't Spell the Word Prefix Without a Prefix
Students explore the role of prefixes, as well as their origins and meanings, and examine how the understanding of prefixes can improve comprehension, decoding, and spelling.
Grades
5 - 9
|
Professional Library
|
Journal
Spelling: From Invention to Strategies
Veteran educator Howard Miller shares a set of strategies that can propel middle school writers (and "inventive" spellers) into the role of being responsible and strategic in this Voices from the Middle article.