Playwright August Wilson was born in 1945. 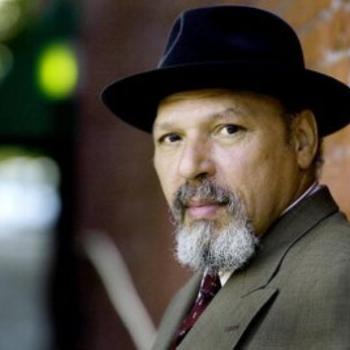 Born in the Hill District of Pittsburgh, Pennsylvania, August Wilson went on to become one the most significant American playwrights of the 20th Century. The only African American at his high school, Wilson was eventually driven out by threats; his family suffered the same fate when they moved out of the Hill District to a white working-class neighborhood in Pittsburgh.

Wilson was the cofounder of the Black Horizon Theater Company in Pittsburgh. He is most famous for his collection of ten plays-the Pittsburgh Cycle-that, decade by decade, chronicle a portrait of African American experience in the 1900s. Two of those plays, Fences and The Piano Lesson, earned him Pulitzer Prizes in Drama. Wilson died in 2005 and is currently the only African American to have a Broadway theater named after him.

Taking inspiration from August Wilson's epic cycle of ten plays, each set in a different era and together representing a broad portrait of life in a particular community, work with a school or local librarian to gather a number of print and digital resources about the history of your community. Challenge students to find an event or theme that can serve as the focal point for a story set in each decade. Have the class work together to use the Timeline Tool to create a decade-by-decade record of the community's history. Then, have small groups choose one of the events/decades to develop into a play using the Drama Map as a guide.

This site is the online home for this not-for-profit organization that presents performing, visual, and education programs that celebrate the contributions of African Americans and the impact of cultural expression from Africa to the African Diaspora.

The work of Kutztown (Pennsylvania) University assistant professor Mike Downing, this site is an archive of information relating to the life and works of August Wilson.

This site offers a biography of August Wilson, plus links to all of his works currently in print.

Grades
9 - 12
|
Lesson Plan
|
Unit
Connecting Past and Present: A Local Research Project
In this unit, students become active archivists, gathering photos, artifacts, and stories for a museum exhibit that highlights one decade in their school's history.
Grades
9 - 12
|
Lesson Plan
|
Standard Lesson
Book Report Alternative: Characters for Hire! Studying Character in Drama
In this alternative to the traditional book report, students respond to a play they have read by creating a resume for one of its characters.
Grades
9 - 12
|
Lesson Plan
|
Standard Lesson
Facilitating Student-Led Seminar Discussions with The Piano Lesson
August Wilson's play The Piano Lesson invites students to ask a number of questions—big and small. Students learn how to create effective discussion questions and then put them to use in student-led discussions.
Grades
6 - 12
|
Student Interactive
|
Inquiry & Analysis
Drama Map
Students analyzing a play can map out the key elements of character, setting, conflict, and resolution for a variety purposes. This interactive is aimed at secondary students.