F. Scott Fitzgerald, author of The Great Gatsby, was born in 1896. 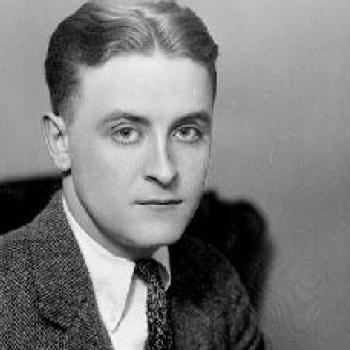 F. Scott Fitzgerald began writing at an early age and published his first novel at the age of 23. He is best known for his novel The Great Gatsby, considered one of the great classics of twentieth-century literature, as well as the globe-trotting and ultimately tragic lifestyle he lived with his wife Zelda.

Bring the class together and lead a discussion about the role of perspective in The Great Gatsby, and why Fitzgerald may have chosen the perspective he used in writing the novel.

The page from the University of South Carolina includes complete texts, articles, essays, and images from Fitzgerald's scrapbook.

This PBS resource offers information about both Fitzgerald and his wife, Zelda. Included are images and biographical information.

This University of Adelaide Library e-text features links to each chapter of The Great Gatsby. A link to the complete text is also found on this page.

This Library of Congress literature unit explores primary sources from the 1920s in the context of Fitzgerald’s novel and then has students create a newspaper inspired by both the primary sources and fictional events from the novel.

This video, Part 1 of 2, provides students with some help in understanding the major plot lines of The Great Gatsby.

This video, Part 2 of 2, provides students with some help in understanding the major plot lines of The Great Gatsby.  If you watch it on YouTube, take note of the "spoiler alert" for students.

Students explore The Great Gatsby's allusion to art and its use of visual imagery and conclude their study by designing their own cover for the novel.

Students prepare an already published scholarly article for presentation, with an emphasis on identification of the author's thesis and argument structure.

Grades
9 - 12
|
Lesson Plan
|
Standard Lesson
Chasing the Dream: Researching the Meaning of the American Dream
By conducting interviews, sharing and assessing data, and writing papers based on their authentic research, students reach their own conclusions on the meaning of the American Dream.
Grades
9 - 12
|
Professional Library
|
Book
The Great Gatsby in the Classroom: Searching for the American Dream
Veteran high school English teacher David Dowling demonstrates how teachers can help students connect The Great Gatsby to the value systems of the twenty-first century, offering active reading and thinking strategies designed to enhance higher-level thinking and personal responses to fiction.