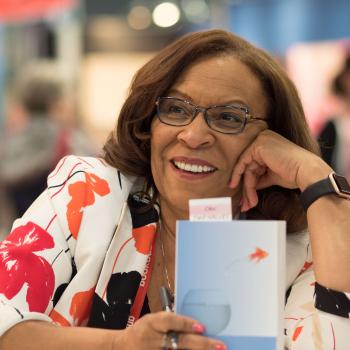 Known for such realistic fiction such as Out of My Mind, historical fiction such as Copper Sun, as well as adaptations such as Romiette and Julio, author and educator Sharon Draper has won multiple Coretta Scott King Awards for her work.  She is the 2011 recipient of the Lifetime Achievement Award for contributions to the field of adolescent literature by the Assembly on Literature for Adolescents of the National Council of Teachers of English (ALAN), the 2015 recipient of the Edwards Award for her significant and lasting contribution to young adult literature, and NCTE's 2016 Charlotte Huck Award.

Among Sharon Draper’s most popular books are the Hazelwood Trilogy (Tears of a Tiger, Forged by Fire, Darkness before Dawn) and the Jericho Trilogy (The Battle of Jericho, November Blues, Just Another Hero). Obtain copies of the books and preview each title on a classroom projector (each page contains an overview and summary; some contain audio previews as well).

Give students time to choose a book and then form literature circles around each title.  After individual book groups have finished, form new groups that bring the books from each trilogy together to discuss how the books relate to an build on one another.

Draper’s official site contains rich resources on each of her books as well as specific resources for students, teachers, and librarians.

Among a variety of resources on Sharon Draper and her work is a collection of video interviews discussing specific works and teaching and writing more broadly.

This site offers biographical information and profiles of many of Draper’s works.

A conversation with Sharon Draper around #WhyIWrite.

This blog post from YALSA's The Hub recognizes Draper's contributions to the field and shares some student testimonials about favorite titles.

Grades
3 - 5
|
Lesson Plan
|
Standard Lesson
Mapping Characters Across Book Series
Students work on a guided characterization project, using a graphic map to illustrate the ways a character from a book series grows and evolves over the course of the story.
Grades
3 - 5
|
Lesson Plan
|
Recurring Lesson
Literature Circles: Getting Started
Students practice different ways of collaborating to read a work of literature. They work in different roles as they compose and answer questions, discover new vocabulary, and examine literary elements.
Grades
5 - 8
|
Lesson Plan
|
Standard Lesson
Analyzing First-Person Narration in Sharon Draper's Out of My Mind
Students explore the different facets of complexity in the compelling first-person narrator in Sharon Draper's Out of My Mind.