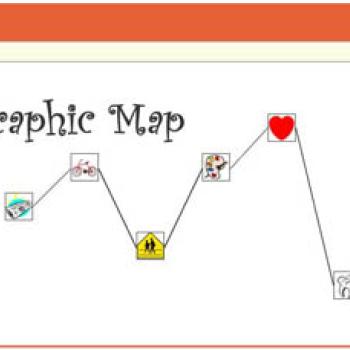 Series Book List: This printable sheet features a list of individual titles in a variety of book series.

What Is Character?: This sheet offers students a definition of and information about the literary term character.

Graphic Map: Using the Graphic Map online tool, students can chart events in the life of a literary character.

The Art of Teaching Reading (Calkins)

Lucy McCormick Calkins notes that: "Reading the second or third book in a series is rather like rereading a familiar book, and this means that reading within a series can often give the reader extra support." Series books allow students to focus their attention on the ways that authors work. Because of the familiarity of the setting, characters, and plot in serial books, the reader is released from "figuring out" each book anew. Instead, as students read more and more titles in a series, they can consider how the author works-what does the author change? how does the author keep readers coming back?

Series books have another advantage-they generate excitement in readers. In their article "Our Repressed Reading Addictions," Reid and Cline ask: "how do readers become addicted to reading? For many, series books provide the incentive to devour text."

This lesson capitalizes on these benefits of series books by engaging readers in reading serial books with particular attention to the ways that the author builds characters.

Session Two: Reading the First Book in a Series

Session Four: Reading the Second Book in a Series

In addition to observing students as they read and discuss the development of the characters in the series, collect the artifacts from the lesson (Graphic Map printouts, reading notes in journals, and so forth) to examine students’ understanding of character and character development.

As you explore students’ notes, look for specific details that indicate engagement with the reading. Notes should focus on the particular character and how that character interacts with others over the course of the series. Stronger readers will look more deeply and analytically at the character to hypothesize about motivations and implications for actions and thoughts while reading, and they will draw conclusions about how the character’s actions and changes affect the overall story and its themes. Pay attention to strong details and critical thinking rather than accuracy of predictions as you explore the notes—guessing the wrong outcome of events is an acceptable response as long as the hypothesis is tied to details in the story that support the conclusion.

Review Graphic Map printouts and students’ final journal entry for accuracy to the detail of the series and an understanding of the ways that the series’ author develops characters. Students should be able to identify which characteristics are more important to the author and should be able to identify specific techniques to watch for as they read additional books in the series. Stronger readers will make clear connections between the details about character from the books that they have read and the predictions that they make for future books in the series.

The Graphic Map assists teachers and students in reading and writing activities by charting the high and low points related to a particular item or group of items, such as events during a day or chapters in a book.

Grades
3 - 8
|
Printout
|
Graphic Organizer
Concept Map
This concept map can be used in a variety of ways to show relationships between words and phrases. Students can add arrows as needed and group certain ideas together.