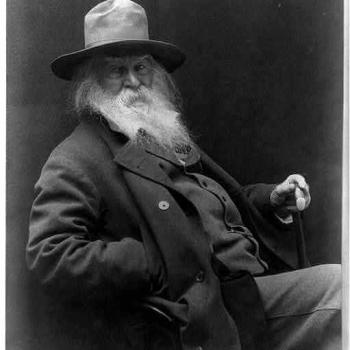 American poet Walt Whitman was born on Long Island, New York, in 1819. In 1855, Whitman self-published the first edition of Leaves of Grass. Several editions of the book, which celebrated its 150th anniversary in 2005, were later published. Whitman wrote other important works, including "O Captain! My Captain!," which was a response to the death of Abraham Lincoln. Walt Whitman died on March 26, 1892.

Invite your students to write and illustrate their own children's stories, using the text from a Walt Whitman poem. First, have students read Whitman's poem "Miracles," from Leaves of Grass. Next, share the picture book Nothing But Miracles, which features the text of the poem. Have a volunteer read the story to the class, and then as a group, discuss the book's illustrations.

After discussing the book, have students select Whitman poems that would make good children's picture books. Have students create illustrations for the poems they select and then publish their books. Share the books with a primary classroom in your school or district. You might also have your students create digital storybooks to share on the Web.

The Academy of American Poets presents this profile of Whitman, with a bibliography of his works and links to selected poems.

The Walt Whitman Archive offers manuscripts, correspondence, biographical information, images, and other resources related to Walt Whitman and his work.

This Learner.org feature provides brief biographical information about Walt Whitman. Also included is a video clip of Out of the Cradle Endlessly Rocking, along with links to related resources.

The Library of Congress offers this online exhibit exploring Whitman's life and work through primary source materials, such as journals, letters, photographs, and etchings.