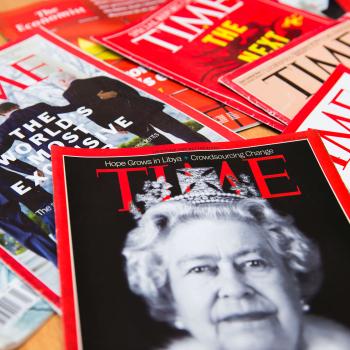 "Tom Swifties" are a special kind of pun associated with Victor Appleton's Tom Swift book series, in which the author avoided the use of simple "said" as a dialogue tag. The Tom Swifty evolved into a pun in which the dialogue tag relates humorously to what the character said. The figures of speech gained prominence when Time magazine sponsored a contest for the best Tom Swifties in 1963.

The Canonical Collection of Tom Swifties

This site is a catalog of many of the Tom Swift books, focusing on the scientific nature of their plots.

Though this site requires a subscription to view all its content, students can get a sense of the popularity of the Tom Swifty through the link to the contest in the Society: Games section.

Grades
9 - 12
|
Calendar Activity
|
Author & Text
Humorist Erma Bombeck was born in 1927.
Using lines from Bombeck's newspaper column, students identify allusive or satirical humor. Older students can rewrite the passages for a different audience.
Grades
6 - 8
|
Lesson Plan
|
Standard Lesson
He Said/She Said: Analyzing Gender Roles through Dialogue
Students analyze dialogue tags used with male and female characters in a book they have read. They then evaluate the message the dialogue tags convey about gender roles.
Grades
6 - 8
|
Lesson Plan
|
Minilesson
Character Clash: A Minilesson on Paragraphing and Dialogue
Students learn about paragraphing conventions in dialogue by revising their own writing.
Grades
3 - 5
|
Lesson Plan
|
Minilesson
Choosing Clear and Varied Dialogue Tags: A Minilesson
In this minilesson, students explore the use of dialogue tags such as "he said" or "she answered" in picture books and novels, discussing their purpose, form, and style.