Humorist Erma Bombeck was born in 1927. 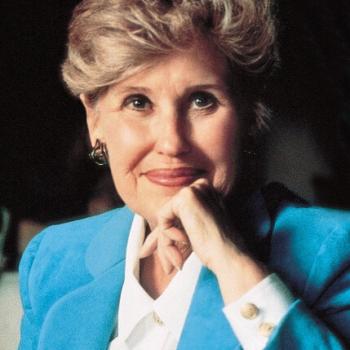 Erma Bombeck was born in Dayton, Ohio, in 1927. Soon after the birth of her first daughter, she began writing a newspaper column called "At Wit's End," which was quickly picked up by newspapers across the country. Bombeck's largely autobiographical accounts of the "battles" between men and women and between children and parents, told with gentle yet sarcastic humor, became part of America's reading throughout the 1960s and 1970s. Bombeck died in 1996.

Many students have difficulty identifying or appreciating allusive or satirical humor. Using the following lines from Bombeck's newspaper column, ask students to identify not what they think is funny, but what someone else might find funny.

High school students can rewrite the passages to make them funny for a different audience.

This University of Dayton website is dedicated to Bombeck's life and work. The site includes several of her columns, as well as video clips from the short-lived sitcom called Maggie, which Bombeck developed.

This page features a biography and an interview with Bombeck from 1991. In the interview, she discusses her writing process, as well as influences on her life.

Just as Bombeck did in her syndicated newspaper column, Mark Twain used irony and sarcasm to tell his humorous stories. This PBS resource explores Twain's use of humor.