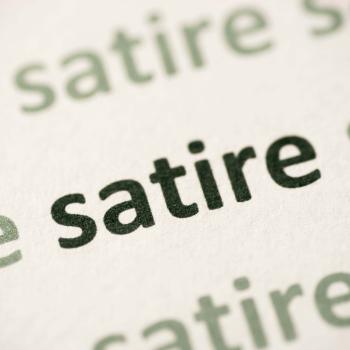 Because students are typically familiar with the characteristics of fairy tales, the movie Shrek, which satirizes fairy tale traditions, serves as an introduction to satirical techniques. Students begin by viewing a scene from the movie and examining the ways in which it departs from typical fairy tales. They are then introduced to the four techniques of satire: exaggeration, incongruity, reversal, and parody, and identify these techniques in the clip from Shrek. Students next select a fairy tale to satirize and share their finished stories with the class or small groups.

Rubric for a Narrative Writing Piece: This thorough rubric can be used to assess any piece of narrative writing.

Literary Elements Map: This online tool can be used by students to create a character map, conflict map, resolution map, or setting map, for stories they are reading or writing.

Plot Diagram: Students can use this open-ended online tool to graph the plot of any story.

At the Crossroads of Expertise: The Risky Business of Teaching Popular Culture (Callahan)

Popular culture, in the form of the movie Shrek, provides an introduction to the literary techniques that are commonly used in satire. This pairing of popular culture with traditional literary instruction provides what Meg Callahan and Bronwen E. Low call "a meeting place where students and teachers can share their expertise" (52). Through their extensive research with secondary students, Callahan and Low concluded that "many students identified the use of popular culture in the classroom as a catalyst for complex thinking" (57). Callahan and Low identify popular culture as "a site where students can experience competence at the same time that the teachers provide appropriate challenges through careful support, reframing, and questioning" (57).

Grades
9 - 12
|
Calendar Activity
|
Author & Text
Humorist Erma Bombeck was born in 1927.
Using lines from Bombeck's newspaper column, students identify allusive or satirical humor. Older students can rewrite the passages for a different audience.
Grades
7 - 12
|
Calendar Activity
|
Author & Text
Hans Christian Andersen was born on this date in 1805.
Students write a brief summary of one of Andersen's stories, and then read the original story and compare the two versions of the tale with the Venn Diagram tool.
Grades
9 - 12
|
Calendar Activity
|
Author & Text
Jonathan Swift was born on this day in 1667.
Students explore satire and parody in television and film, advertising, and journalism and create a display that highlights their findings.
Grades
6 - 12
|
Student Interactive
|
Inquiry & Analysis
Literary Elements Map