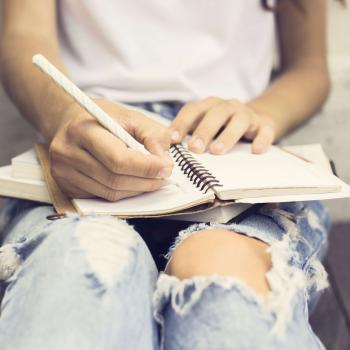 On July 7, 1983, Samantha Smith, a U.S. schoolgirl, flew to the Soviet Union at the invitation of Premier Yuri Andropov, all because of a letter that she wrote. Smith wrote a letter to Andropov asking, "Why do you want to conquer the whole world, or at least our country?" The Soviet leader replied to her letter, and Samantha ultimately visited the nation, becoming a good-will ambassador.

Have your students write their own letters that make things happen. Students can write individual letters, or work in small groups or as a full group. Letter writing can be a culminating project after you've completed a unit of study on a particular topic. For instance, if you've just completed a unit on animals, students might write letters to the local zoo, praising them for the ways that they care for animals or making suggestions for changes. After exploring freedom of speech in a censorship unit, students might write letters to the editor of the local newspaper explaining their feelings about specific books that are (or aren't) included in the library.

In addition to the resources available in the Letter Generator and on the Letter Generator page, there are resources available from Gallaudet University that demonstrate how to write advocacy letters. The American Civil Liberties Union provides tips on writing letters to the editor and letters to elected officials, which can be useful for projects where students are looking at issues of civil rights, freedom of speech, and student rights.

This site includes information about Samantha Smith, her famous letter to Andropov, her subsequent work as a goodwill ambassador, and the continuing work of the foundation devoted to her memory.

Students can find tips from Arthur on letter and e-mail writing, which can serve as a resource for independent letter writing.

Foundation for the Individual Rights in Education

The FIRE Student Network recognizes the importance of advancing civil liberties in schools. Visit the site for resources on the topic.

Fairness and Accuracy in Reporting

View the Fairness and Accuracy in Reporting site for resources that help identify and respond to inaccurate or unfair news coverage.

Grades
K - 2
|
Lesson Plan
|
Unit
Teaching Audience Through Interactive Writing
Through interactive writing, students work together and then independently to create invitation letters for a group of their peers and their families.
Grades
3 - 5
|
Lesson Plan
|
Standard Lesson
Can You Convince Me? Developing Persuasive Writing