Analyzing and Podcasting About Images of Oscar Wilde 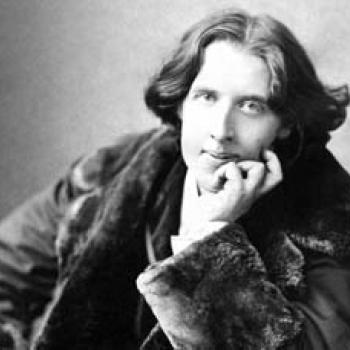 This lesson introduces students to Oscar Wilde's public persona by studying the articles and images used to advertise his American lecture tour in 1882. Students analyze the ways that these texts both promote and discredit Wilde. As a class, students review photographs and caricatures of Wilde; afterward, they individually conduct online research in search of other photographs and images of Wilde. The lesson culminates in the production of a podcast where students compare a caricature from the lecture tour with another image they have found on the Internet, explaining how the images characterize Wilde.

Grades
6 - 10
|
Lesson Plan
|
Standard Lesson
Creating a Persuasive Podcast
Students learn how to get their voice out on the web when they research issues important to them and compose a persuasive podcast to post online.
Grades
9 - 12
|
Lesson Plan
|
Unit
Giving Voice to Students Through "This I Believe" Podcasts
Students write and record their own essays for a class blog by first completing a series of activities designed to get them thinking and writing about their experiences.
Grades
3 - 12
|
Printout
|
Informational Sheet
Podcasts: The Nuts and Bolts of Creating Podcasts
Use this helpful tool to integrate podcasts into your classroom or to help your students create their own podcasts with audio and images.
Grades
Grades
6 - 12
|
Strategy Guide
Teaching With Podcasts

This Strategy Guide describes the processes involved in composing and producing audio files that are published online as podcasts.