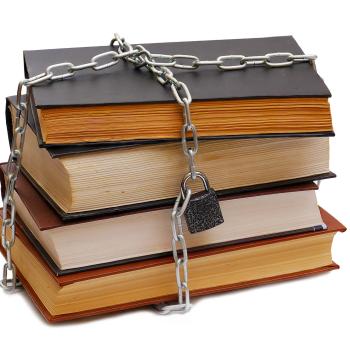 It is important for young people to understand their individual rights and what they, as citizens, can do to protect these rights. In addition, young people need to understand the way in which bias and stereotyping are used by the media to influence popular opinion. In this lesson, students examine propaganda and media bias and explore a variety of banned and challenged books, researching the reasons these books have been censored. Following this research, students choose a side of the censorship issue and support their position through the development of an advertising campaign.

Self-Reflection on Censorship and Propaganda handout: Students use this handout to measure their disposition to the issues of censorship and propaganda.

To ban or not to ban: Confronting the issue of censorship in the English class (Maxwell)

Homework: Ask students to bring in magazine ads for the next class session.

As preparation for this session, gather a variety of magazine ads for students to view in class. Students have also been assigned to bring in magazine ads.

Homework: Distribute another copy of the Analyzing Advertisements handout. Ask students to watch a few television commercials and complete the handout for homework.

Hand out the list that you prepared of banned and challenged books. Ask students to identify three choices from the list provided. Have them number their choices in order of preference since they will want backup options if their first choice is unavailable. Bring students to the school library to select and check out one of the books from the list. Give them the weekend to visit a local library if certain books cannot be obtained in the school library.

Homework: Ask students to predict in their journal why the book that they selected may have been challenged or banned.

Have students create an ad campaign to support their decision to ban or not to ban the book that they read. Students should use their understanding of propaganda techniques when creating their campaign.

Grades
7 - 12
|
Calendar Activity
|
Author & Text
In 1928, Maya Angelou was born.
After hearing Maya Angelou's poem, "On the Pulse of Morning," students infer information about the speaker and her feelings about America and reflect on how one's life and experiences can influence one's writing.