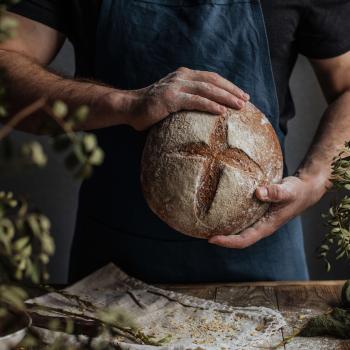 Students read Raymond Carver's short story "A Small, Good Thing," focusing on characterization in order to develop one of the static characters—the hit-and-run driver who causes Scotty's death—more fully. Students use a literary graphic organizer to analyze the three major characters. They compare the story to an older version titled "The Bath." Finally, they create an original anecdote involving the driver, share their stories, and respond to each other's writing.

This lesson plan was developed as part of a collaborative professional writing initiative sponsored by the Kennesaw Mountain Writing Project (KMWP) at Kennesaw State University.

Dynamic vs. Static Characters: This handout explains the difference between dynamic and static characters.

Literary Elements Map: Students can use this online tool to map out the key literary elements of character, setting, conflict, and resolution as prewriting for their own fiction or as analysis of a text by another author.

This lesson focuses on transforming text, a practice that is "powered by imagination" and that "reduces the distance between students and texts via processes of personal and active engagement," according to Kathleen Andrasick (132). Students "reduce the distance" between themselves and the text as they consider the writer's characterization strategies. They then actively engage with the text as they add dimensions to one of Carver's static characters, creating a scenario which demonstrates the dynamic traits of the character.

Carver's writing lends itself well to this activity. As Susanne Rubenstein notes, "This is why my students love Carver, because his fiction speaks the truth, because the people who fill his pages and the problems they face are real... It's this kind of heartfelt reaction to Carver's life and work that can be used so effectively to inspire good writing in the high school classroom."