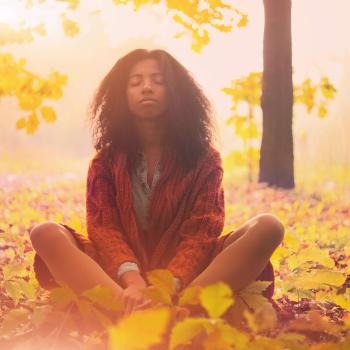 Through haiku, students learn to slow down and become mindful of their natural surroundings, enabling them to capture experiences vividly through description.  In this unit, students read and listen to examples of haiku, and learn about the history and structure behind this Japanese poetic form. They engage in both outdoor and classroom activities that encourage mindfulness and the exploration of sensory imagery. After writing, illustrating, and pairing their haiku with instrumental music, students collaborate with classmates in creating movements to their poems. The final project is a student compilation of choreographed haiku performances put to movement and music.

Matthew Cheney discusses that haiku is more about capturing sensory images and being mindful of our surroundings than it is about writing a three lined poem with a 5, 7, 5 syllable arrangement.  Additionally, bringing movement to daily classroom activities helps struggling writers and students who learn kinesthetically, connect to verbal and written language in a more meaningful way. Movement in the classroom also enhances creativity, attention, and mindfulness (Griss).

This lesson allows students to become "in touch" with their senses and open with their hearts, stumbling upon “haiku moments.”  As a result, their writing comes from a place that is more genuine and uninhibited rather than critical and censoring.   These moments of mindfulness help students create connections, as well as generate feelings of compassion and peace.

How to Write a Haiku

This site from poet Bruce Lansky offers tips for teaching and writing haiku, as well as some sample haiku he has written.

Association of Mindfulness in Education

This Website gives more information on mindfulness and how it can be helpful to educators, including research on the benefits of mindfulness in schools.

This Website focuses on Gardner’s theory of multiple intelligences and his research on how students best learn.  It includes a brief biography of Howard Gardner and a summary of his research.

This Website covers the work of Susan Griss, an artist-in-residence and writer who is a strong proponent of teaching kinesthetically.  It includes some theory and practical ideas on how to incorporate kinesthetic activities into language arts, social studies, science, and math classes.

This Website offers a collection of haiku by one of its most celebrated writers, each paired with an illustration.  The site also includes biographical information on Basho and links to other collections of haiku.

Grades
8 - 12
|
Professional Library
|
Journal
Expanding Vision: Teaching Haiku
Despite common misconceptions about haiku, there is a lively and vibrant haiku community throughout the United States and many other countries. Read this article for further discussion on the use of haiku in your own classroom.
Grades
3 - 5
|
Lesson Plan
|
Standard Lesson
Seasonal Haiku: Writing Poems to Celebrate Any Season
After listening to haiku poetry, students use seasonal descriptive words to write their own haiku, following the traditional format. They then publish their poems by mounting them on illustrated backgrounds.
Grades
3 - 5
|
Lesson Plan
|
Standard Lesson
Reading, Writing, Haiku Hiking! A Class Book of Picturesque Poems
Students learn haiku write descriptive poems and share with the class.
Grades
4 - 6
|
Lesson Plan
|
Standard Lesson
Learning about Clouds with Haikus
Using a mobile app or Interactive activity, students write haikus describing various types of clouds that they have studied.
Grades
7 - 12
|
Lesson Plan
|
Standard Lesson
Aim for the Heart: Using Haiku to Identify Theme
Using haiku, students focus on themes in literature and demonstrate their understanding of an author's message. Writing haiku to accompany an analytical paper hones analytical skills and fosters creative expression.
Grades
2 - 6
|
Printout
|
Writing Starter
Haiku Starter
This graphic organizer provides students the opportunity to brainstorm words about a given topic, count and record the syllables, and draft a haiku.