Aim for the Heart: Using Haiku to Identify Theme 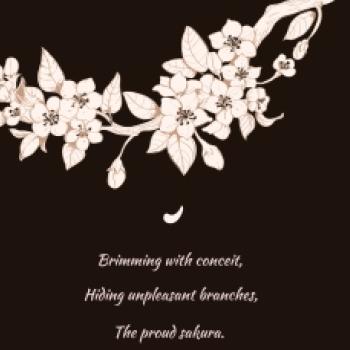 Less can often be more—especially as students explore the theme of a work of literature through analytical writing. Writing haiku offers a student in the final draft stages of a paper an innovative way to determine if the paper says what he/she means it to say. Students can “lose their way” when writing analytical papers, resulting in wordy, tangled papers with the thesis obscured. To alleviate this problem, students create haiku that, in seventeen syllables, encapsulate the heart of the paper. Because of its brevity, haiku promotes clarity of thought.  It further challenges students to work on focused revision.

The Haiku Society of America
This site offers a wealth of information on haiku, including samples of haiku and specific resources for teachers.

“Haiku Measures Up: Putting Those 17 Syllables to Work.” (Smith)

Barbara Simons Smith describes how haiku can help enrich the study of literature. “Haiku deserves a fair shot in the language arts classroom. When it is introduced with care, haiku has the potential to become the virtual jack-of-all teaching tools. Haiku’s concise three-line framework can serve as a blueprint for introducing, identifying, and applying literary elements such as alliteration and symbolism. Those sweet 17 syllables can provide opportunity for students to practice old-fashioned, pencil, scratch-out revision in a short, manageable piece of writing. And best of all, when introduced in just the right way, students learn to love it!” Taken one step further, writing haiku helps students express theme clearly and concisely and, in the process, improves their own analytical writing.

The Haiku Foundation describes itself as “a non-profit organization that archives and explores haiku in English” and offers resources for teaching about haiku.

This Web site offers background information on Jack Kerouac as a writer of haiku and includes a sampling of his haiku.

Grades
8 - 12
|
Professional Library
|
Journal
Expanding Vision: Teaching Haiku
Despite common misconceptions about haiku, there is a lively and vibrant haiku community throughout the United States and many other countries. Read this article for further discussion on the use of haiku in your own classroom.
Grades
9 - 12
|
Lesson Plan
|
Standard Lesson
Exploring the Power of Language with Six-Word Memoirs
What do the words we write really have to say about us? In this lesson, students examine the power of word choice as they write six-word memoirs of their lives.
Grades
5 - 8
|
Lesson Plan
|
Unit
Experiencing Haiku Through Mindfulness, Movement & Music
By being present and mindful on nature walks, students write haiku using vivid sensory language; and explore body movement, music and art as visual and kinesthetic representations of their poetry.