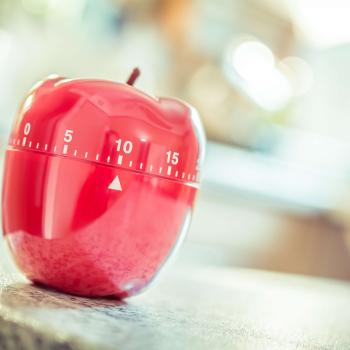 After reading Beloved or another suitable novel, students review some of the critical elements of drama, focusing on differences between narrative and dramatic texts, including point of view. They discuss the role of conflict in the novel, and work in small groups to search the novel for a passage they can adapt into a ten-minute play. Students write their play adaptation in writer's workshop sessions, focusing on character, setting, conflict, and resolution. When the play draft is complete, students review and revise it, then rehearse and present their play to the class. As the plays are performed, students use a rubric to peer-review each group's work. Because students are responding to a novel with significant internal dialogue and conflict, they are called on to use both analytical and creative skills as they create the adaptation, rather than simply cutting and pasting dialogue.

Teaching Racially Sensitive Literature: A Teacher's Guide: This resource offers point for consideration prior to teaching a racially sensitive piece of literature, including teaching and discussion ideas for the classroom.

Ten-Minute Play Planning Questions: Students can use the questions on this handout as a guide when planning their ten-minute plays based on a novel.

When asked to read and respond to a challenging piece of literature, students can be easily tempted by the intellectual shortcuts of online summaries, responses, and student essays. Because this lesson requires students to make informed and thoughtful decisions about dramatic possibilities in a text, the assignment has several benefits. It is both imaginative and analytical, improving the likelihood of engaged, original, and thoughtful student work and response.

Students use existing dialogue and references to characterization, action, and behaviors in conjunction with imagined dialogue and stage actions to create a response to the text, all the while maintaining the integrity of the original. That is, they must keep in mind the author's own vision for the work while adding their own unique view and interpretation through a retelling. To encourage additional critical thinking, students perform their adaptation and participate in an analytical peer review process, placing the dramatic adaptation in the context of the novel as a whole.

Session Seven and Beyond

Grades
3 - 12
|
Calendar Activity
|
Author & Text
In 1931, Toni Morrison was born.
After retelling a familiar fable, students discover the differences in one of Morrison's retellings of a fable.
Grades
9 - 12
|
Professional Library
|
Book
Preventing Plagiarism: Tips and Techniques
DeSena offers a practical guide on how high school and college teachers can structure assignments and guide students so that students don't plagiarize.
Grades
6 - 12
|
Student Interactive
|
Inquiry & Analysis
Drama Map
Students analyzing a play can map out the key elements of character, setting, conflict, and resolution for a variety purposes. This interactive is aimed at secondary students.