Outside In: Finding A Character's Heart Through Art 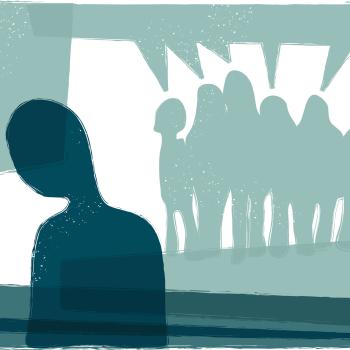 Alienation is an important theme in contemporary literature, and it's an idea that adolescents need to confront in order to fully understand what it means to be a human being in our modern world. This activity, based on the art of Edward Hopper and combined with fiction by Raymond Carver, allows students to explore the idea of alienation while tapping into their creative talents as they learn to create vivid characters through voice. Students view and reflect on several Hopper paintings before selecting one as a focus. Working in small groups, students brainstorm everything they can about a character in the painting. They then write a powerful monologue from their character that express the loneliness that pervades modern society. They share their monologues with other groups and revise them based on peer feedback. This work is especially appealing to visual learners who can read paintings as well as pages.

By combining fiction by Raymond Carver and paintings by Edward Hopper, this lesson plan helps "students understand . . . the essential sense of alienation in contemporary life that, paradoxically, connects us all. In doing this, [Carver and Hopper give] teachers and students a place to begin discussion of what it means to be a human being in our modern world, and there begins the development of empathy" (30). The process begins by exploring the stories behind the images depicted in the paintings by Edward Hopper. "These paintings give students a strong visual portrayal of the same people, places, and emotions that Carver captures in his fiction" (31). The technique is at once both simple and sophisticated:

Many of the characteristics of minimalist fiction-from the coolly realistic settings to the aching but unexpressed emotion, from the comfortable familiarity of common characters and brand names . . . to the menacing undercurrent of mystery, from the immediacy of the present scene to the unresolved ambiguity of its outcome-are reflected in Hopper's paintings. As they create lives for Hopper's subjects, students, especially visual learners, can find another door into Carver's world.

Paintings by Edward Hopper and Fiction by Raymond Carver

The teacher can grade each monologue as a complete writing assignment with each group member receiving the same grade because it is a collaborative effort.

Another approach, however, is to also ask each student to turn in an individual Reflection Sheet and include that response as part of the individual grade or as a separate grade entirely.