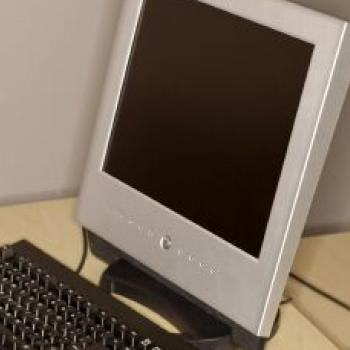 The "1984" commercial launched Apple's Macintosh personal computer in the United States in January, 1984. The 45-second ad, which aired during a break in the third quarter of Super Bowl XVIII, was declared the best ad of the last 50 years in 1995. Directed by Alien and Blade Runner director Ridley Scott, the advertisement cost $1.6 million to produce and was aired only once.

After finishing one or more of the lessons on advertising below, have students create original advertisements. Have students review the advertising techniques they've studied (propaganda, advertising fallacies). Next, have students identify a subject for their ad, such as a favorite television show, CD, or product; an upcoming event; or a political candidate. Then, ask small groups to create advertisements designed to persuade others to use a product, hold a viewpoint, or participate in an activity. Students can use one of the following activities to share their ads:

The 1984 Commercial: The Making of a Legend

This page includes background information about the ground-breaking Apple commercial and the difficulties involved in airing it, as well as links to the commercial itself.

MediaSmarts provides lesson plans and other resources for teaching about advertising and media persuasion.

This PBS website illustrates the ways advertisers try to manipulate consumers. Included is a collection of interactive activities for kids.

Students will be introduced to persuasive techniques used in advertising, analyze advertising, and explore the concepts of demographics, marketing for a specific audience, and dynamic advertising.