Actor Sidney Poitier was born in 1924. 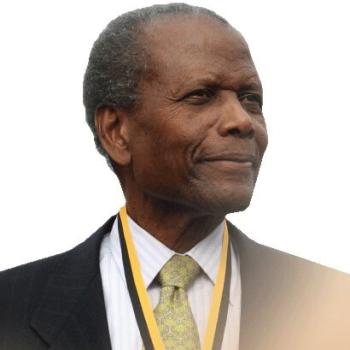 Sidney Poitier was one of the first African Americans to win critical acclaim and awards for his acting performances, most notably in films such as In the Heat of the Night, Lilies of the Field, and Guess Who's Coming to Dinner. In addition to acting, Poitier has also worked in the film industry as a producer, writer, and director.

In her acceptance speech for the Academy Award for Best Actress in 2003, Halle Berry acknowledged the work of other African American actors and actresses, including Sidney Poitier. Discuss with students the importance of Poitier's role in bringing equality to African American actors, especially in the 1950s,1960s, and 1970s.

Through the years, many barriers have been broken-barriers of age, race, and gender, to name a few. Ask students to write in their journals about any barriers that might impede them in the future (e.g., language, class, disability), and about how they can break through those barriers now. Should students desire it, these journal pieces could be made public in the form of letters to the school or local newspaper or some other format.

This PBS website offers biographical information, an interview, film clips, and other information about Poitier's life and career.

In 1995, Poitier was honored by The John F. Kennedy Center for the Performing Arts for his contributions to film. This page offers information about Poitier's life and career.

The BBC offers the text of a 1964 report on Poitier's historic Oscar win, along with contextual information. Also included is an audio clip of Poitier discussing acting.

This resource from National Public Radio includes an April 2000 audio interview with Sidney Poitier from the Fresh Air radio program. In the interview Poitier discusses his role in In the Heat of the Night, as well as personal life experiences.