African American journalist Ida B. Wells was born in 1862. 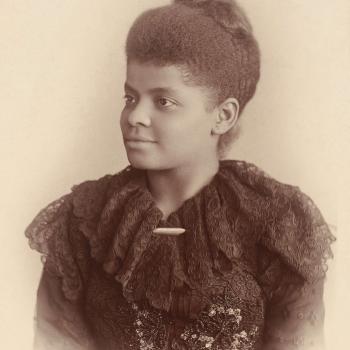 In the post-Civil War era of the late 1800s, Ida B. Wells became a leader of the anti-lynching crusade, despite threats to her own safety. After working through college, Wells became a writer and part owner of a Memphis newspaper, where she was threatened for publishing articles critical of lynching. After moving to Chicago, she continued to speak out and write about southern lynchings and became a founder of the National Association for the Advancement of Colored People.

Ida B. Wells' work as a journalist provided a public forum for her crusade against lynchings and other violations of basic human rights. Have your students explore some of the ways that journalism has contributed to the advancement of human and civil rights causes around the world by spreading information and affecting public sentiment.

Publish the newspaper for the school or local community, and plan a trip to a local news office for students to share their work with and get career information from the editors there.

This PBS resource includes a biography, as well as a bibliography of suggested reading and books by Wells.

Ida B. Wells-Barnett and Her Passion for Justice

This page, from Duke University, provides biographical information about Wells and her anti-lynching crusade.

This information about Wells is provided by the National Park Service's Historic Places of the Civil Rights Movement.

Grades
3 - 5
|
Lesson Plan
|
Unit
Creating a Classroom Newspaper
Students write authentic newspaper stories, including learning about various aspects of newspapers, such as writing an article, online articles, newspaper reading habits, and layout and design techniques.
Grades
6 - 8
|
Lesson Plan
|
Standard Lesson
Imagine That! Playing with Genre through Newspapers and Short Stories
Students identify genre characteristics for short stories and newspaper articles then practice both genres by turning a short story into a news article and an article into a short story.
Grades
6 - 8
|
Lesson Plan
|
Recurring Lesson
Get the GIST: A Summarizing Strategy for Any Content Area
GIST is a summarizing technique that can be used in any content area. Students will learn and apply the strategy while doing online research and writing activities on news stories.
Grades
9 - 12
|
Lesson Plan
|
Standard Lesson
Persuading an Audience: Writing Effective Letters to the Editor
Students use persuasive writing and an understanding of the characteristics of letters to the editor to compose effective letters to the editor on topics of interest to them.
Grades
7 - 12
|
Calendar Activity
|
Historical Figure & Event
The New York Times used the slogan "All the News That's Fit to Print."
After discussing newspapers and their different points of view, students choose a current event, read editorials on the event, and share them with the class to identify the editor's point of view.
Grades
K - 12
|
Calendar Activity
|
Literacy-Related Event
Take part in the African American Read-In!