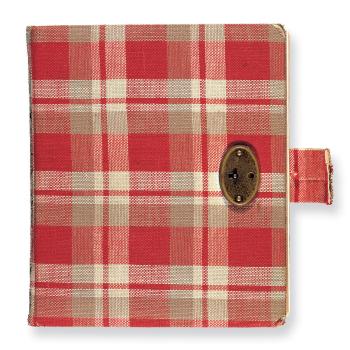 On June 12, 1942, Anne Frank received a small red and white diary as a present for her 13th birthday. The diary, which she named Kitty, was her companion for just over two years. Frank's last entry in the diary was dated August 1, 1944. Her family's secret hiding place was raided three days later, on August 4. She died of typhus in the Bergen-Belsen concentration camp in February or March of 1945.

Explore the ways that eyewitness reports shape our understanding of events we can't see first-hand. Introduce students to this topic using a lesson (adapted to your grade level), such as Through the Eyes of a Refugee, which examines the first-hand reports of an Afghan refugee, or Evaluating Eyewitness Reports, which examines first-hand accounts of the Great Chicago Fire.

Then have students break into small groups for an end-of-the-year research project. First, provide an outline or list of the main topics you've studied during the year. Or, have students use their textbook as a reference. Have each group select an event to research, taking care that topics are not too broad, such as "World War II." Using primary source documents, have students research the event using eyewitness accounts. A good source of primary documents can be found at the American Slave Narratives website. Finally, have each group present their research to the class, for an end-of-the-year review session.

Visit this site for biographical information about Anne Frank as well as resources for students and teachers. The site includes photographs and excerpts from Frank's diary.

The Jewish Virtual Library: The Holocaust

This collection of links offers a wealth of Holocaust information. There are maps, a glossary, and information on concentration camps, Nazi Germany, and more.

The Holocaust: A Learning Site for Students

This United States Holocaust Memorial Museum website uses text, images, and audio to provide an overview of the Holocaust.

Scholastic provides this collection of Anne Frank resources. There is a teacher's guide, an interview with a childhood friend, and several online activities.

Grades
6 - 8
|
Lesson Plan
|
Standard Lesson
Dynamic Duo Text Talks: Examining the Content of Internet Sites
An Observation and Inquiry Sheet guides students as they analyze and compare their reactions to the value, engagement, and credibility of three websites related to Anne Frank and the Holocaust.
Grades
6 - 8
|
Lesson Plan
|
Unit
Investigating the Holocaust: A Collaborative Inquiry Project
Students explore a variety of resources as they learn about the Holocaust. Working collaboratively, they investigate the materials, prepare oral responses, and produce a topic-based newspaper to complete their research.
Grades
6 - 8
|
Lesson Plan
|
Unit
Fighting Injustice by Studying Lessons of the Past
Social injustice occurs every day all over the world. In this lesson, students research a few historical examples of social injustice, including the Holocaust, the Trail of Tears, and Japanese internment.
Grades
6 - 8
|
Lesson Plan
|
Standard Lesson
Using Technology to Analyze and Illustrate Symbolism in Night
Images have power—they can trigger memories or symbolize abstract ideas. Students put the power of images to the test as they analyze symbolism in Night and create symbolic photomontages.
Grades
6 - 9
|
Lesson Plan
|
Standard Lesson
Writing for Audience: The Revision Process in The Diary of Anne Frank
After reading or viewing The Diary of Anne Frank, students will make connections between audience and purpose and revise a journal entry with an outside audience in mind.
Grades
10 - 12
|
Lesson Plan
|
Standard Lesson
Life is Beautiful: Teaching the Holocaust through Film with Complementary Texts
After students have read a book about the Holocaust, such as The Diary of Anne Frank or Night by Elie Wiesel, students will view Life is Beautiful and complete discussion questions to challenge their ability to analyze literature using film.
Grades
6 - 10
|
Lesson Plan
|
Standard Lesson
Blending the Past with Today's Technology: Using Prezi to Prepare for Historical Fiction
To prepare for literature circles featuring historical novels, students research the decades of the 1930s to the 1990s and share their information using Prezi, a web application for creating multimedia presentations.
Grades
3 - 12
|
Calendar Activity
|
Historical Figure & Event
Diarist Samuel Pepys was born.
Students write diary entries and revisit the entries as if it were a hundred years from now. Students then brainstorm and write paragraphs about life in the 21st century.
Grades
7 - 12
|
Calendar Activity
|
Author & Text
Elie Wiesel was born on September 30, 1928.
Students compare and contrast two views of the Holocaust from different authors. Students may also research stories of other survivors who may or may not be published and create a presentation on this survivor.
Grades
9 - 12
|
Calendar Activity
|
Historical Figure & Event
Kristallnacht occurred in 1938.
To help understand the thinking of German leaders during the Holocaust, students write about a time when they failed to come to the assistance of someone who needed help.