Life is Beautiful: Teaching the Holocaust through Film with Complementary Texts 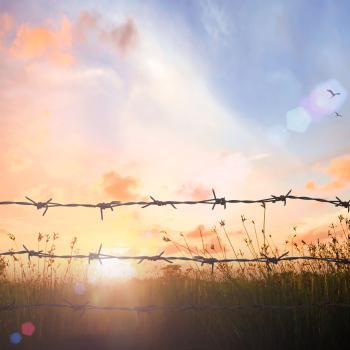 After students have read a book about the Holocaust, such as The Diary of Anne Frank or Night by Elie Wiesel, students will view Life is Beautiful and complete discussion questions that challenge their ability to analyze literature using film.  When the film is complete, students will write a letter to the director conveying their opinion of the film.

In Reading in the Dark: Using Film as a Tool in the English Classroom, John Golden writes, "[W]e know, or strongly suspect, that the skills [students] use to decode the visual image are the same skills they use for a written text, and our goal, therefore, is to use that immediate interest in and uncanny ability with film and make it work for us" (xiii).  In this lesson, an entire film is used to support a complimentary text that has the same themes.

Using a high-interest and entertaining film, it will allow the students to engage in the post reading activity and further support the skills that they would use if using only the print text. There are many benefits to teaching an entire film with corresponding texts.  The film can introduce students to film technique, narrative structure, and allow them to examine a variety of genres.  Furthermore, young adults tend to be visually oriented in these contemporary times.  Teaching an entire film to a class has sometimes been looked down upon as a waste of time or inefficient.  However, if done correctly, teaching an entire film can offer students an opportunity to learn about prediction, characterization, themes and setting.

This organization’s website features resources for teachers that focus on strengthening students’ ability to interact with 21st century media.

The Museum website has many resources for teachers striving to help students learn the history of the Holocaust and reflect upon the moral and ethical questions raised by that history.

This website has information on the time period, events, characters, and context of the film.

Grades
9 - 12
|
Professional Library
|
Book
Reading in the Dark: Using Film as a Tool in the English Classroom
In this practical guide, John Golden makes direct links between film and literary study by addressing reading strategies (e.g., predicting, responding, questioning) and key aspects of textual analysis.
Grades
K - 12
|
Printout
|
Assessment Tool
Exit Slips
This printout provides prompts that help students reflect on and process new information and think critically, and offers teachers the opportunity to differentiate upcoming instruction based on these reflections.
Grades
7 - 12
|
Calendar Activity
|
Author & Text
Elie Wiesel was born on September 30, 1928.
Students compare and contrast two views of the Holocaust from different authors. Students may also research stories of other survivors who may or may not be published and create a presentation on this survivor.
Grades
5 - 12
|
Calendar Activity
|
Historical Figure & Event
Anne Frank received her famous diary in 1942.
Students learn about eyewitness reports through a lesson that is grade-level appropriate. Then, groups use primary source documents and research an event using eyewitness accounts.
Grades
9 - 12
|
Calendar Activity
|
Historical Figure & Event
Kristallnacht occurred in 1938.
To help understand the thinking of German leaders during the Holocaust, students write about a time when they failed to come to the assistance of someone who needed help.
Grades
6 - 8
|
Lesson Plan
|
Unit
Investigating the Holocaust: A Collaborative Inquiry Project
Students explore a variety of resources as they learn about the Holocaust. Working collaboratively, they investigate the materials, prepare oral responses, and produce a topic-based newspaper to complete their research.
Grades
6 - 8
|
Lesson Plan
|
Standard Lesson
Using Technology to Analyze and Illustrate Symbolism in Night
Images have power—they can trigger memories or symbolize abstract ideas. Students put the power of images to the test as they analyze symbolism in Night and create symbolic photomontages.
Grades
6 - 9
|
Lesson Plan
|
Standard Lesson
Writing for Audience: The Revision Process in The Diary of Anne Frank
After reading or viewing The Diary of Anne Frank, students will make connections between audience and purpose and revise a journal entry with an outside audience in mind.
Grades
9 - 12
|
Lesson Plan
|
Unit
Using Student-Centered Comprehension Strategies with Elie Wiesel's Night
Working in small groups, students read and discuss Elie Wiesel's memoir Night and then take turns assuming the "teacher" role, as the class works with four different comprehension strategies.
Grades
8 - 12
|
Lesson Plan
|
Standard Lesson
From Text to Film: Exploring Classic Literature Adaptations
Students create storyboards to compare and contrast a book and its film adaptation.
Grades
Grades
K - 12
|
Strategy Guide
Exit Slips
This strategy guide introduces the concept of using Exit Slips in the classroom to help students reflect on what they have learned and express what or how they are thinking about the new information. Exit Slips easily incorporate writing into the content area classroom and require students to think critically.