Author Tim O'Brien was born on this day. 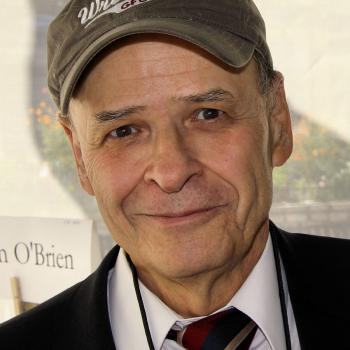 Tim O'Brien, author of the memoir If I Die in a Combat Zone, Box Me Up and Send Me Home and short story collections and novels such as Going After Cacciato (for which he won the National Book Award) and The Things They Carried, is known as America's preeminent writer of the Vietnam War era. A veteran of the conflict, O'Brien writes about the experience of the Vietnam War and Vietnam Era with both specific realism and artful imagination. After his tour of duty in Vietnam, he enrolled at Harvard for graduate work but left to pursue an internship at The Washington Post.

Students who read Tim O’Brien’s stories, particularly The Things They Carried, are intrigued by his flexible literary concept of “truth.” He suggests that the truth of fiction, as revealed by a story, can be more true than what actually happened. After reading O’Brien’s story “A True War Story” from The Things They Carried, have students choose a powerful event from their own lives. Using the Timeline Tool, have them map out the events from real life. Then, with the emotional impact of the full story in mind, encourage them to create a fictional version that remains true to the facts of real life but moves toward O’Brien’s notion of the “story truth.”

This site offers a collection of research links about Tim O’Brien for students and a list of his works and related resources.

In this 2010 interview, Tim O’Brien discusses a number of topics related to his work and their relevance today.

Here you’ll find an audio archive and transcript of O’Brien’s talk on the challenges of writing.

Grades
9 - 12
|
Lesson Plan
|
Standard Lesson
Building Vietnam War Scavenger Hunts through Web-Based Inquiry
Students research the effects of the Vietnam war on a specific group of people who were involved. They then create Internet scavenger hunts to share with the class.
Grades
9 - 12
|
Lesson Plan
|
Standard Lesson
Worth Its Weight: Letter Writing with "The Things They Carried"
This lesson uses a letter-writing activity based on Tim O'Brien's story "The Things They Carried" to build empathy as students examine the weight they symbolically carry in their own lives.
Grades
9 - 12
|
Lesson Plan
|
Unit
Love of War in Tim O'Brien's "How to Tell a True War Story"
Students explore the theme of love of war through texts on camaraderie among soldiers. They then compose a visual collage depicting their beliefs about the relationship between love and war.
Grades
9 - 12
|
Professional Library
|
Book
Tim O'Brien in the Classroom: "This too is true: Stories can save us"
As part of the NCTE High School Literature Series, Tim O'Brien in the Classroom focuses on opportunities for classroom discussion and writing assignments, including lessons, open-ended prompts, and student writing samples.
Grades
3 - 12
|
Calendar Activity
|
Holiday & School Celebration
Veterans Day is celebrated in the United States today.
Students write biographical poems about a soldier.
Grades
5 - 12
|
Calendar Activity
|
Holiday & School Celebration
Memorial Day is observed in the United States today.

Observed on the last Monday of May, Memorial Day honors the men and women who died while serving in the United States military. In addition to having celebrations with family and friends, many people visit cemeteries and memorials and place flags on the grave sites of fallen servicemen and women.