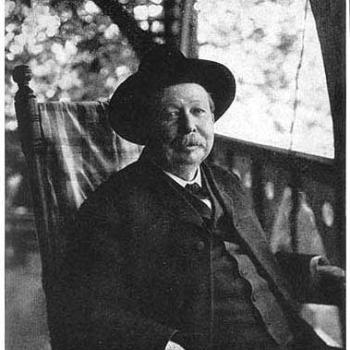 Joel Chandler Harris is best known for his Uncle Remus stories. Harris collected the Uncle Remus tales from the stories shared by slaves. His use of phonetic dialogue in his stories allowed later authors to use vernacular in their renditions of regional tales. Harris's stories remain a good example of regional folk literature from the American South.

One striking aspect of Harris' stories is that in conveying the regional dialect the dialogue is written phonetically, which lends itself to oral reading of the stories. This vividly evokes the stories' original cultural milieu. Select a short segment of Uncle Remus with prominent dialogue and read it aloud to your students. Then read a segment from another book that features a different type of phonetic dialogue, such as The Witches by Roald Dahl, and listen to a Gullah Tale. After reading the three different examples of phonetic dialogue, have students use the interactive Venn diagram to compare them.

One thing all three examples have in common is that they render dialogue that has a vivid sound and feel. Challenge students to write a brief dialogue that might occur between themselves and a friend or parent. Encourage them to pay attention to phrasing and vocabulary, so that the dialogue sounds realistic. Next, have them exchange papers with a partner and read each other's dialogue aloud. Did the dialogue sound the same aloud as they imagined it when they wrote it? They should then revise any parts of the dialogue that did not sound realistic. They can repeat this process until they have a realistic dialogue.

This site provides information about the life of author Joel Chandler Harris, as well as links to the books that made him famous.

Uncle Remus: His Songs and His Sayings

Links from this site take readers to songs and sayings by Harris.

In this Scholastic workshop, students hone their storytelling skills. There are online activities, examples, and practice opportunities included in this resource.

This resource offers examples of folk tales in both English and Gullah, a phonetically written language. Students can hear folk tales read aloud in both languages.

Grades
K - 2
|
Lesson Plan
|
Recurring Lesson
Building Phonemic Awareness With Phoneme Isolation
Students improve phonemic awareness through games and chants that help them isolate beginning and ending sounds and connect them with their written symbols (graphemes).
Grades
3 - 5
|
Lesson Plan
|
Standard Lesson
Thundering Tall Tales: Using Read-Aloud as a Springboard to Writing
Imagination and application are key to this tall tale lesson in which students take what they know about tall tales to spin a yarn of their own.
Grades
6 - 8
|
Lesson Plan
|
Minilesson
Character Clash: A Minilesson on Paragraphing and Dialogue
Students learn about paragraphing conventions in dialogue by revising their own writing.
Grades
9 - 12
|
Lesson Plan
What Did They Say? Dialect in The Color Purple
Y'all set down a spell and learn ‘bout dialects!" In other words, your students will use The Color Purple to explore dialect and how it reveals information about the characters.
Grades
9 - 12
|
Lesson Plan
|
Standard Lesson
Exploring Language and Identity: Amy Tan's "Mother Tongue" and Beyond
Students explore the idea of "different Englishes" by reading Amy Tan's "Mother Tongue" and writing literacy narratives about their own use of different language for different audiences and purposes.
Grades
K - 8
|
Professional Library
|
Journal
Codeswitching: Tools of Language and Culture Transform the Dialectally Diverse Classroom
This article shows how to affirm and draw on the dialect diversity of students to foster the learning of Standard English.
Grades
K - 12
|
Printout
|
Graphic Organizer
Venn Diagram, 3 Circles
Students use this graphic organizer to describe similarities and differences between three objects or ideas.
Grades
K - 12
|
Student Interactive
|
Organizing & Summarizing
Venn Diagram