Brian Jacques, author of the Redwall series, was born in 1939. 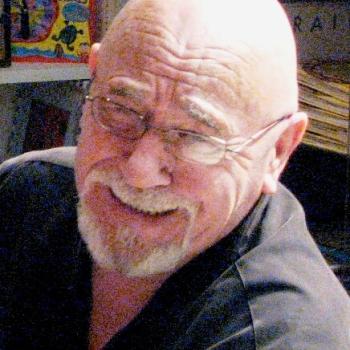 Brian Jacques was born in Liverpool, England, on June 15, 1939 and died on February 5, 2011. Since the age of 15, Jacques has held a variety of jobs including merchant sailor, firefighter, dock worker, truck driver, boxer, and even stand-up comedian! The first in his Redwall series was published in 1986, after a childhood teacher showed the story to a publisher without telling Jacques. Today, the series boasts 22 books and a number of related titles including two Tribes of Redwall books.

After your students have read one of Brian Jacques' Redwall stories, or another fantasy novel, create a class newspaper based on the story.

This is the official website of children's author Brian Jacques. Included is information about the Redwall series, Jacques' biography, puzzles, and more.

The author was interviewed by Scholastic students.

This Kidsreads.com page includes a biography of and interview with Jacques, along with reviews of books in the series.

"Redwall is where safety and warmth surround you. Food, friends, music and song. Redwall will always welcome you back."

Grades
3 - 5
|
Lesson Plan
|
Recurring Lesson
Genre Study: A Collaborative Approach
Students explore multiple genres through genre studies. They record evidence of genre characteristics on bookmarks as they read, and finish by giving a book review for their classmates.
Grades
6 - 8
|
Lesson Plan
|
Standard Lesson
Travel Brochures: Highlighting the Setting of a Story
Readers are often transported to the places mentioned in texts through words and descriptions. This lesson invites students to create travel brochures about the setting of texts they have read.
Grades
3 - 5
|
Lesson Plan
|
Standard Lesson
Inferring How and Why Characters Change
Students will really get into character when they read short stories and analyze the how's and why's of characters' behaviors.
Grades
3 - 5
|
Lesson Plan
|
Unit
Creating a Classroom Newspaper
Students write authentic newspaper stories, including learning about various aspects of newspapers, such as writing an article, online articles, newspaper reading habits, and layout and design techniques.
Grades
K - 12
|
Student Interactive
|
Writing & Publishing Prose
Printing Press

The interactive Printing Press is designed to assist students in creating newspapers, brochures, and flyers.