Inferring How and Why Characters Change 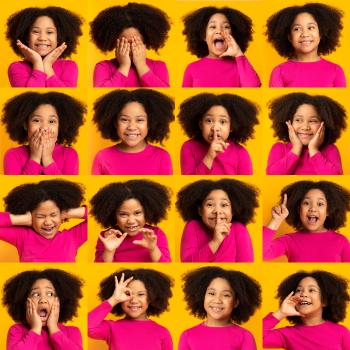 "There is not much point in writing a novel unless you can show the possibility of moral transformation, or an increase in wisdom, operating in your chief character or characters." —Anthony Burgess

Because so many stories contain lessons that the main character learns and grows from, it is important for students to not only recognize these transformations but also understand how the story's events affected the characters. This lesson uses a think-aloud procedure to model how to infer character traits and recognize a character's growth across a text. Students also consider the underlying reasons of why the character changed, supporting their ideas and inferences with evidence from the text.

Story Map: Using the Character Organizer in the Story Map tool, students can get to the heart of the characters from their stories and determine the how's and why's of characters' characteristics.

What a character! Character study as a guide to literacy meaning making in grades K–8 (Roser)
Helping readers comprehend stories from the characters' perspectives (Emery)

"A Bad Road for Cats" and "Stray" by Cynthia Rylant from Every Living Thing (Aladdin, 1988)

This lesson is based on the assumption that students have done some prior work on inferring character traits.

Session 1. Who is This Character, Anyway?

Session 2. How This Character Has Changed!

Session 3. Why Did The Character Change?