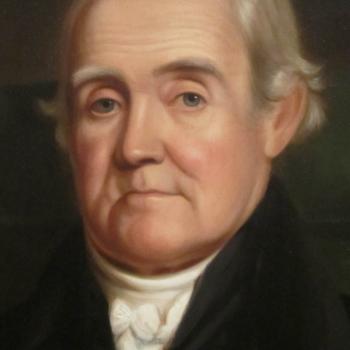 Noah Webster, called the father of the American dictionary, was born on October 16, 1758, in Connecticut. Believing that American students should not have to use British textbooks, he wrote A Grammatical Institute of English Language, which became the main source for spelling and grammar in the United States. He then began work on the first American dictionary, An American Dictionary of the English Language, which contained nearly 70,000 words by the time it was completed in 1828.

To celebrate Webster's birthday, try this variation of the popular board game Balderdash:

This website offers a brief biography of Webster and his views on various political and educational topics.

The online version includes audio pronunciations, a thesaurus, Word of the Day, and word games.

This online dictionary includes illustrations and is an excellent resource for K–3 readers.

In this lesson, students use morphemesEnglish words that have been formed by combining common word partsto explore word meanings.

Grades
5 - 12
|
Printout
|
Informational Sheet
Common Content Area Roots and Affixes
This printout offers 50 or so common roots, prefixes, and affixes that give students access to hundreds of key concepts across the content areas.