Noah Webster published his American Dictionary of the English Language in 1828. 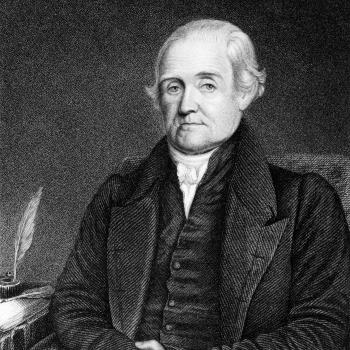 Noah Webster is considered by many to be the "father of the American dictionary." He began his work on the project at the age of 43. It took him more than 25 years to complete the first edition. Today Merriam-Webster offers online, CD, and print versions of its Collegiate® Dictionary, currently in its 11th edition with more than 225,000 definitions!

Celebrate the publication of Webster's Dictionary using a variation of the board game Balderdash. Divide students into groups of five or six, and provide each group with a dictionary and some blank paper cut into strips:

This site is the online version of the Merriam-Webster Dictionary. Students can access the site to look up words and definitions. There is also a Word of the Day to help students build their vocabulary.

This ReadWriteThink interactive allows students to print an alphabet chart or pages for an alphabet book.

At this site, students can search dozens of dictionaries. The resource also provides links to French, German, Italian, and Spanish translation tools.

Creating an illustrated alphabet book of action words, from attack to zap, reinforces the definition of verbs as it stretches and expands students' vocabulary.

Students play a variation of the game Balderdash to practice vocabulary.